You are here: Home / News / The Prodigy calling out phony DJs – PR or fair comment?

The Prodigy calling out phony DJs 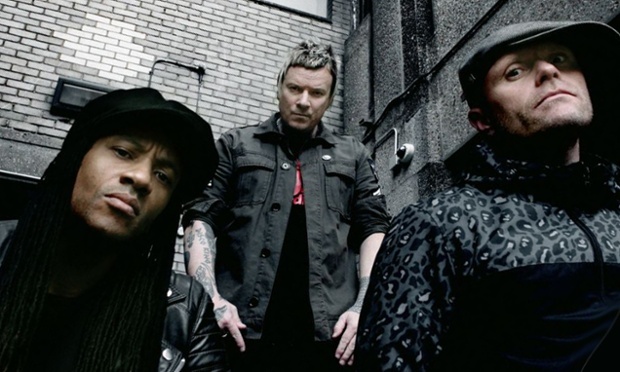 The Prodigy calling out phony DJs in a recent interview with the UK’s Guardian is your daily grin material for sure.

Liam Howlett, Keith Flint, and Maxim feel little fear and opted to speak their minds. Honesty is always pretty refreshing as is The Prodigy calling out phony DJs.

They met up with the Guardian while on promo for their new album titled, ‘The Day Is My Enemy’ which has been in the making for about six years. The lead single ‘Nasty’ is a warm up for the violent album that will be out in March this year.

According to The Prodigy, the track ‘The Day Is My Enemy’ is a raw and angry reaction to what is currently common place in the world of electronic dance music.

Liam Howlett let rip with this quote… “Producers are too safe, they rely on being retro. It’s fucking bollocks. There’s no pushing forward any more.”

Maxim adds, “The dance scene has flat lined and we’re the spike.”

Scene stirrers and normalcy agitators are reflective of and vital to any scene that promises any kind of growth and moving forward.

Another interesting track on the album is titled ‘Ibiza’ which is aimed purportedly at today’s blown up superstar DJs. This is specifically where we see The Prodigy calling out phony DJs, with Sleaford Mods’ Jason Williamson delivering the venom.

Liam Howlett went for it again… “It’s an attack on these mindless fucking jokers that arrive in their Learjets, pull a USB stick out of their pockets, plug it in and wave their hands in the air to a pre-programmed mix… Maybe I’m an angry person, but I was infuriated by this laziness. What’s all that shit about? You can’t build a scene around that, it’s never going to last or be credible.”

These latest ‘controversial’ statements are just in time for the release of their new album called ‘The Day is My Enemy’ due out in 2015. Nothing beats a bit of controversial PR to help publicise one’s own release and clearly it has worked since us and many others have reported on the subject.

But the reality is they are pretty on point with how the scene has developed in recent years.

If you want to check out the complete interview of The Prodigy calling out phony DJs and more on the Guardian UK website.