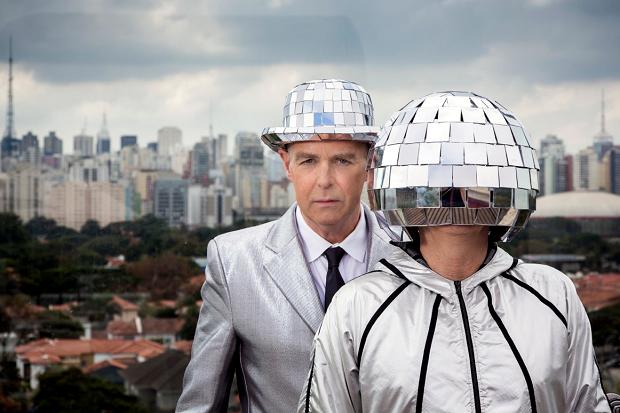 The Pet Shop Boys have had 12 Top 10 albums and sold more than 50 million records worldwide and were one of the biggest electronic acts in the eighties having had four number one records. Although their music was always a little camp and to be honest the new wave equivalent of ABBA back then, they’ve certainly come back into vogue and made popular with the ‘cool kids’ ever since their headline show at Sónar ‘13 in Barcelona last year.

Songs like ‘West End Girls’, ‘It’s a Sin’ and ‘Always on My Mind’ were massive for the band as was “Suburbia” and “Go West” whilst their more recent album, Electric, produced by Stuart Price who is a three-time Grammy-winning British electronic musician and has done work with New Order, Madonna, Kylie Minogue, Take That, Missy Elliott, Scissor Sisters, The Killers and many, many others, was critically acclaimed.

Pet Shop Boys are Neil Tennant and Chris Lowe and are touted as the most successful British duo in history, always managing to segue the line between electronic music and well structured pop songs that have had an easy to remember hook to them. There’s hardly a wedding that goes by that does not have the DJ drop a Pet Shop Boys song such is their ubiquity.