Office music is a great way to relieve stress and to rejuvenate the atmosphere. Music is not only for partying; in fact music forms an integral part of everyday life. 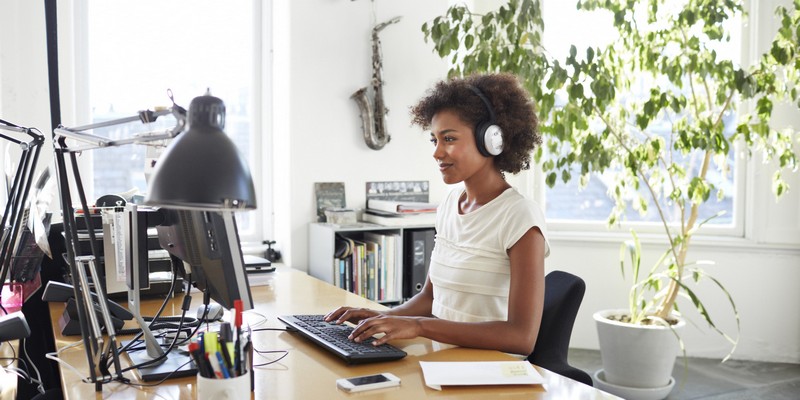 Here at IDM Mag we play music in the office all the time and it keeps everybody productive and in a good mood. Mostly we listen to DJ mixes and often the more downtempo variety since these are less demanding on one’s ears when working. Deep house works well and it’s usually better to avoid songs with lyrics for less distraction.

But hey, that’s just us. Maybe you find other stuff more inspiring when working.

There’s a study for everything these days it seems and music comes up a lot.  Cornell University in the United States found that office music that sounds happy would lead to increased concentration and good moods all around.

Dead quiet silence could very well be passé enough that pretty soon, playing music at the office could [should] become stock standard, they say. There are times when listening to music could positively uplift the spirits and inspire you to either be more creative or driven. Thus it makes sense that using music to improve the work environment is a good idea.

Office music has to be the upbeat and happy kind though.

The study found that happy music yields the best results and that songs like the Happy Days theme tune, ‘Brown Eyed Girl’ by Van Morrison, ‘Yellow Submarine’ by the Beatles, and ‘Walking on Sunshine’ by Katrina and the Waves does the trick. This sounds great in a more corporate environment.

They should come study us; they’ll get some different results.

Heavy metal though has the opposite effect [duh!] on the work environment. So if this is you, then you should leave your deathcore at home or use headphones as this is not going to cut the mustard as acceptable office music.

The combinations of brutal and obscure elements in metal music caused the subjects in the study to become introverted and less social within the work environment.