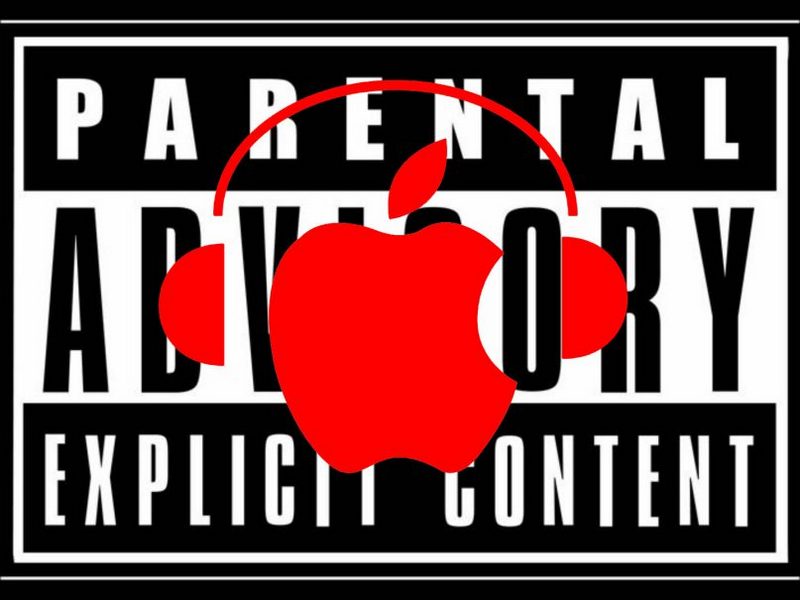 If you are a millennial parent who enjoys turning up to your gangsta rap and trap then you could listen to your tunes semi-guilt free with this new Apple patent technology. So, if your kid starts dropping F bombs you could rest assured it’s not from exposure to your badass choice in music.

The technology takes on explicit lyrics making things just a little more PG. It does this by scanning music that is being streamed and edits out the expletives in the lyrics.

According to Business Insider the patent for…

“Management, Replacement and Removal of Explicit Lyrics during Audio Playback was filed in September 2014.”

The patent details a process for the technology to locate explicit sections in tracks and edit them to make the music more suitable for all ages.

The explicit lyrics could be replaced with either a beeping sound, other lyrics, or recognise the music behind the profanity and remove them completely while continuing to keep the song flowing and cohesive.

The new Apple patent technology is not going to be used for music exclusively. The patent also references its potential use in audio books. Apple will be able to edit out entire scenes in books and thus make those more family friendly too.

Currently their music streaming platform, Apple Music, is growing steadily and their free online radio station, Beats 1, is growing in popularity too.

The impact of this patent has a lot less to do with morality than it does with the opportunity to reach greater audiences. When listeners and viewers are able to tune into music and shows around their families they will most likely be tuning in more, versus waiting for the kids to go to sleep. No release date for the new Apple patent technology has been confirmed yet.