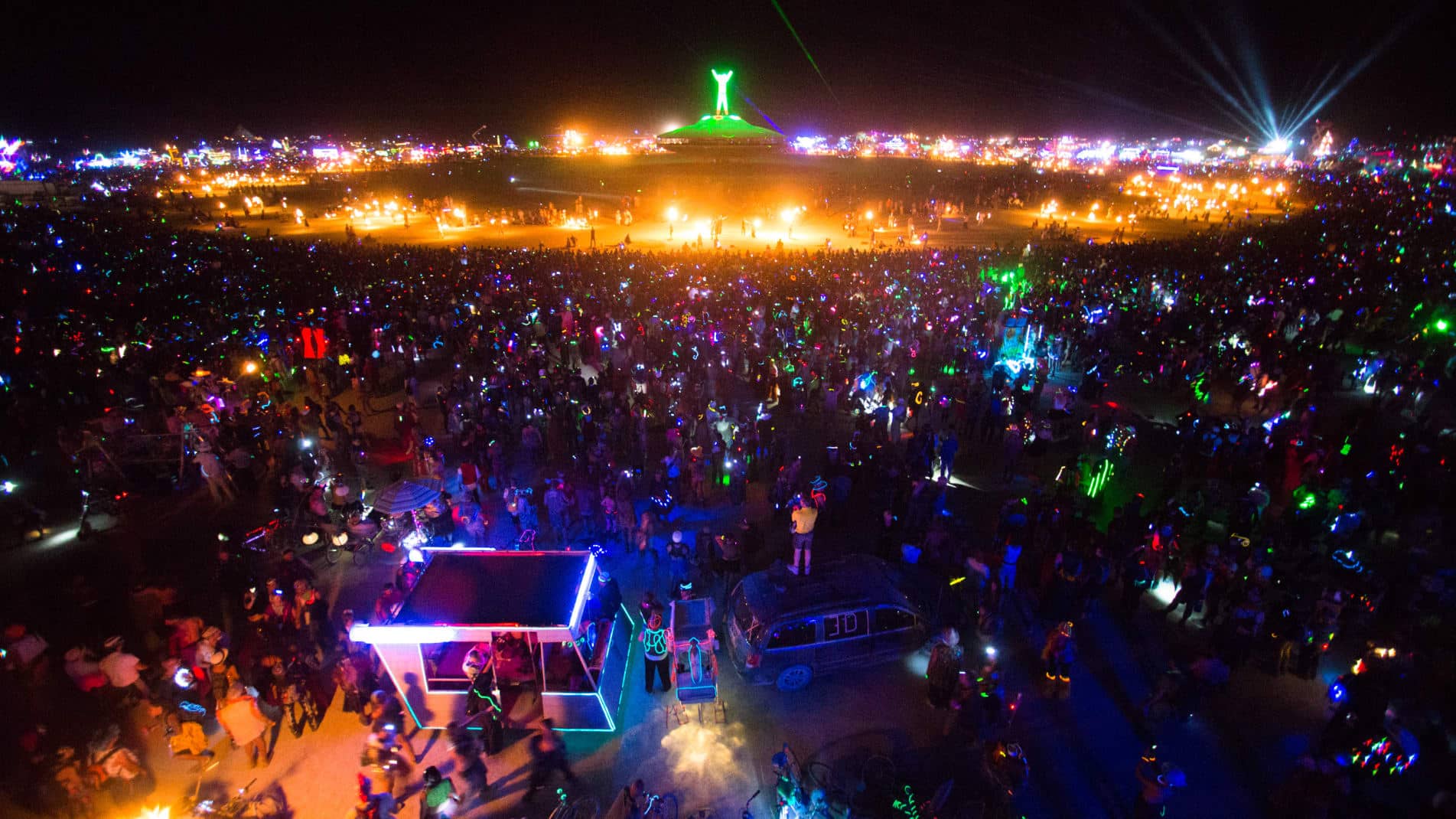 MULTIVERSE is a Burning Man virtual event which they are billing as the largest virtual art and live music event.

There are over 70 stages broadcasting live plus real-time workshops and the 2020 honorarium of art from Black Rock City.

It wasn’t very busy when we logged on (10PM SA time) and you definitely need patience and to be a first-person game fan to really get into it.

Right now, a mass exodus should be taking place.

People from across the globe should be descending on to a tiny swath of parched earth that most would deem inhospitable. Not these souls.  They know something most do not, that there is love, unity and hope waiting for them.  They’re going home.

Burning Man is an event like no other. Every person brings something with them that is valued- an open mind and an open heart.

This week, all the people heading home would breathe their life into Black Rock City and evolve a pulsating, electrified city and global community from what was, just days earlier, dust in the wind.

Burning Man has oftentimes been referred to as ‘dreamlike’ and ‘unreal’ so it will come as no surprise that the exodus will indeed take place this year with an arrival, not by plane, train or automobile, but by one’s avatar. 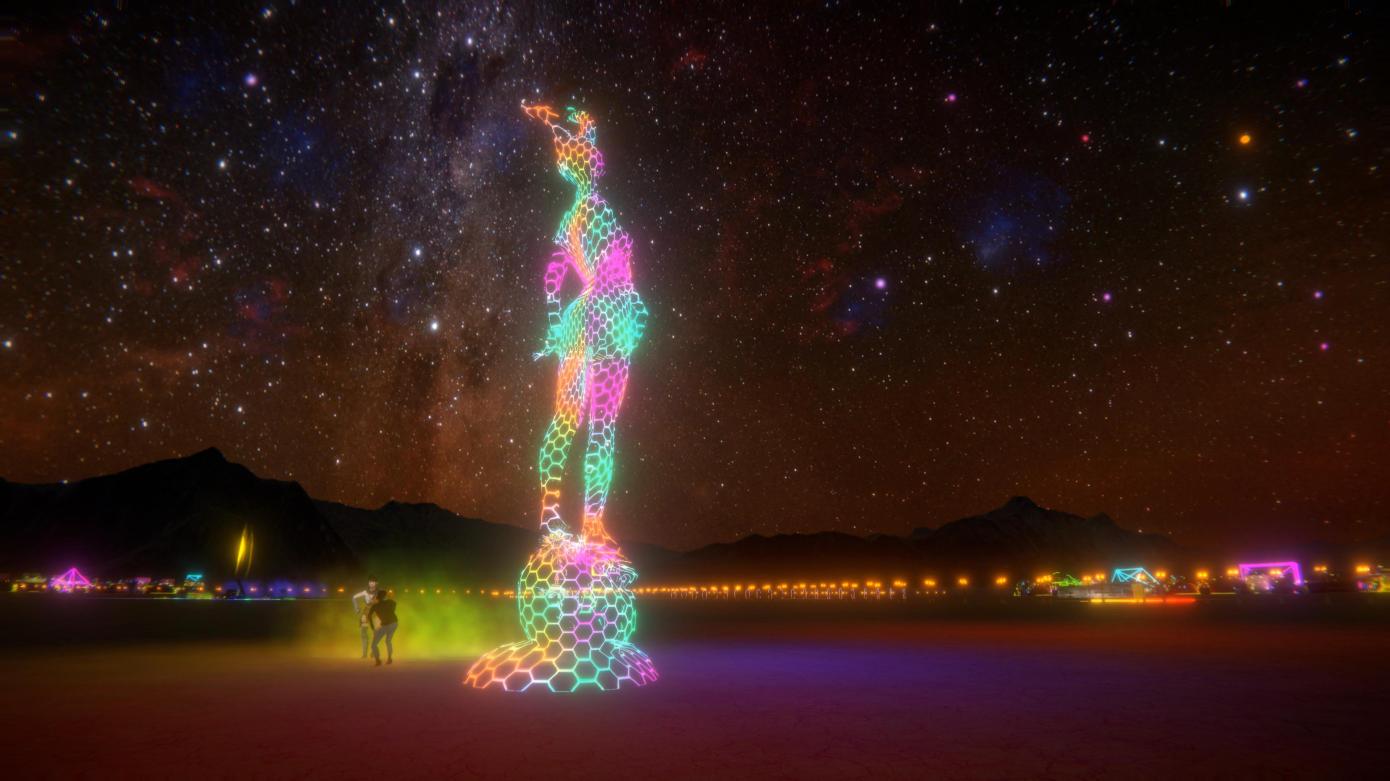 A virtual world of epic scale has been built from the ground up, one that simulates the eclectic sound camps, art installations, and kinetic energy that burners have come to expect.

The Multiverse is set to run in tandem with what would have been its real-life counterpart, including opening at midnight on August 30th, set times of camps and experiences (‘guidelines’) and yes, the man will burn on Saturday, virtually.

This new universe is thanks to the pioneering California company, Clipo Labs.  CEO Faryar Ghazanfari said that he created the Multiverse when he learned that Burning Man was cancelled.

A burner himself, he was devastated and depressed when the news broke and wanted to utilize his company’s resources in the VR and IIR (Interactive Immersive Reality) space to allow the gates to still open.

“We simulated a full-scale, virtual interactive Black Rock City including the deep Playa. Theme camps are designing their virtual communities and sound stages and will broadcast live events workshops and music. Artists are translating their incredible art into a 3D form that to be experienced in the playa. Burners will appear as 3D avatars communicating via live voice, in one unified experience, whether on a mobile phone or VR headset.

Although we lose the ability to touch the playa dust, we gain the ability to reach out to the corners of our planet, inviting everyone to learn what is meant by Radical Inclusion and about our culture and values.” – Clipo Labs 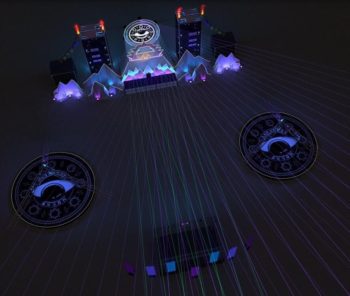 One of the many sound camps participating in this unifying experience is Playground, co-created and helmed by none other than Carl Cox.  Carl, as most know by now, is an avid burner, and works tirelessly with his band of sisters and brothers to make Playground a reality each year.

“So much work goes into the planning, music curation and execution of this camp that I was absolutely heartbroken when I learned we would not be able to come together this year.  We are a family, we depend on this time to reconnect, to release and to just be part of something bigger than ourselves.  When we learned about this opportunity to connect in our Playground space, as ourselves and with the ability to engage, react, and move as we would on the Playa, I was all in.  I cannot wait to be with everyone, share a dance, and just be free.” -Carl Cox

The Multiverse will include all the beautiful art of the Honoraria artists of 2020 and burners can roam freely through the seven miles of camps, deep playa and even participate in workshops.

This week-long event will bring the magnitude of VR technology to bear on what will certainly become a history-making experience, and a way to bring the world together like never before.  There is a small fee (about $1.14 per day) for those in the US, Canada, Australia, and Europe to attend the week-long event that helps defray the expense of running the servers where the Multiverse is being generated.  There is no cost for the rest of the world and there is an option to support the less fortunate by donating the gift of a ticket.

Playground takes place inside the #DustyMultiverse along with camps like Mayan Warrior and Opulent Temple.

The Multiverse opens August 30 and runs through September 6.

HOW TO PARTICIPATE HERE