Watch Moonchild Sanelly rock ‘Out of Body’ with Gorillaz at Roskilde Festival in Denmark. 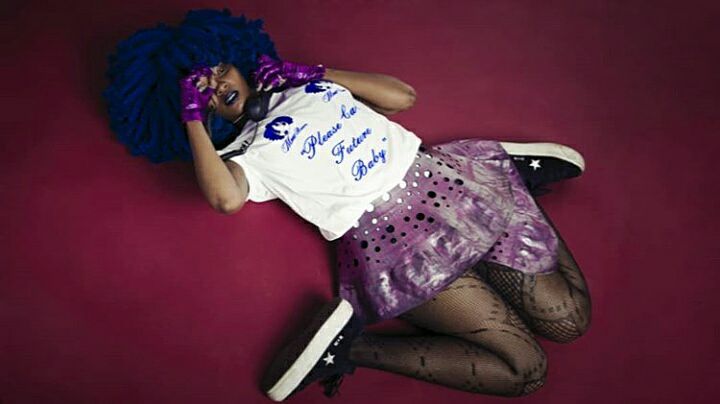 South Africa’s very own Moonchild is taking the world by storm, inching ever-closer to world domination through projects with artists like Gorillaz.

Sanelly and mastermind Damon Albarn have been hanging out at his London home of late, making music and getting matching tattoos.

So it actually shouldn’t come as a surprise that he brought her up on stage during their set at Roskilde Festival in Denmark to perform ‘Out of Body’ off “Humanz.”

Albarn and Sanelly met while the Gorillaz frontman was in SA earlier this year for Africa Express and seemed to hit it off creatively; something she hopes to nurture.

Sanelly gave the song her own interpretation, even adding some IsiXhosa lyrics. “Out of Body” originally features Kilo Kish, Zebra Katz & Imani Vonshà.

Our Moonchild has carved herself a serious lane in South Africa’s electronic music scene after releasing her debut album, Rabulapha!, in 2015.

Since then she has released some serious singles, including “Fox With That” and last year she appeared on one of SA’s biggest songs; Midnight Starring by DJ Maphorisa.

She is currently preparing to open for Die Antwoord’s summer tour around Europe, which is sure to catapult her into further success.

Watch the video as Moonchild Sanelly performs “Out Of Body” with Gorillaz at Roskilde Festival in Denmark.