Mono T has teamed up with vocalist, Dr Moruti, for the release of their new Album, Never Ready.

This comes at the back of the first single “uThando”, released on Friday, 14 August 2020.

The album contains 14 tracks, with only one featured artist, Mawe2.

Uthando starts off with an afro-house-inspired sound, before gradually incorporating elements of house and soul music.

The inclusion of soul elements allows for Dr Moruti’s serenading lyrics to blend in seamlessly. The vocalist sings about being so deep in love that he relentlessly pursues his love interest to win her over. 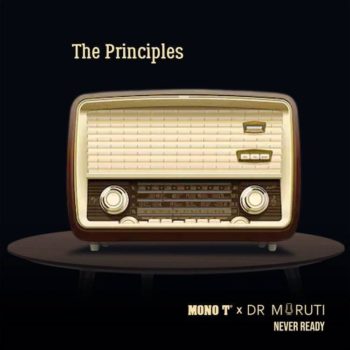 Tebogo Moropa, known as Mono T, has a well decorated music career spanning over 17 years as part of Phezulu Records with legendary DJ Mbuso and thereafter joining Kalawa Jazmee and becoming one of their most treasured producers who went on to produce countless platinum selling/ award winning records to date.

Dr Moruti is well known for once being one part of the award-winning group Rhythmic Element and has continued to produce for artists like Kabelo, Black Motion, Kwela Tebza, Kunle Ayo,Oliver Mtukudzi, Lady Zamar, Zakes Bantwini, Dj Zinhle, Bucie, Donald and a lot more. His sound made him to travel countries like the United Kingdom, Senegal, Dubai, Algeria and Australia.

Asked about the album and collaboration the duo said:

“We have been working together for more than five years both on our own and other people’s project.

“We understand each other as producers, share the same version on wanting to see our SA music making it big in the international stage.

“We both love and respect our craft. We have been talking about this particular project since 2018 and analysing which direction to take and ended up deciding to go with what’s currently popular which is Amapiano, mostly because we make music for people.

“It took us a week to lay down the album, we were very inspired working 20hrs a day, with little to no difficulties except for lockdown restrictions.”