Dude swallows AirPod in his sleep, and it still worked perfectly when retrieved 😊 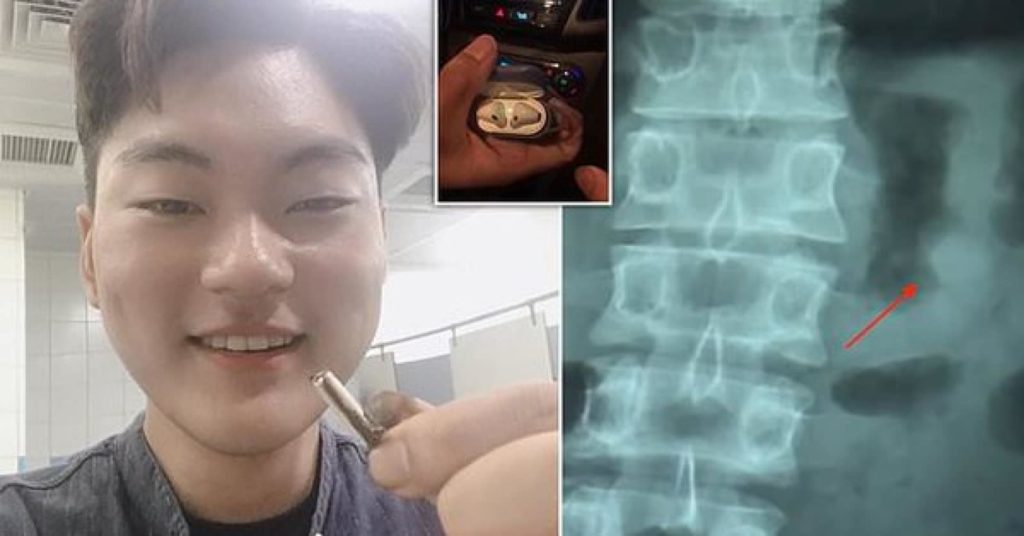 There’s nothing more soothing than listening to your favourite tunes before going to bed. Sometimes the music takes you to the other place; that dream scape before you’ve taken out your earphones.

For Ben Hsu of Taiwan, however, those sweet dreams turned into a nightmare when he woke up and couldn’t find his one Apple AirPod.

He looked in his lap, under the blanket, on the floor and all around but to no avail could he detect that AirPod.

He then turned on his iPhone tracking feature and kept hearing it beep, but still couldn’t find that pesky Pod. Upon listening closer, he learnt the truth; his AirPod was inside him, in his stomach.

This revelation had Ben making a beeline for Kaohsiung Municipal United Hospital, where they could hopefully remedy the situation.

The scans showed the pesky Pod travelling through his digestive system and doctors warned that if it did not appear “naturally” Ben would need surgery.

Doctors then gave Ben a laxative and fortunately the AirPod revealed itself when Ben relieved himself at a railway station the next day.

Ben was pleasantly surprised to see the AirPods battery life was at 41%, and that he didn’t need to have surgery.

Apple’s design team also breathed a sigh of relief because had Ben been exposed to the battery, it could have caused serious intestinal damage.

Dr. Chen Chieh-fan explained: “Because of the plastic shell around the AirPod, the risk of it causing him harm in a similar way to swallowing a regular lithium-ion battery is much lower.”

The dude swallows AirPod but lives to listen another day.