The Ozzie raver was caught smuggling MDMA under his foreskin at Listen Out Festival in Melbourne. 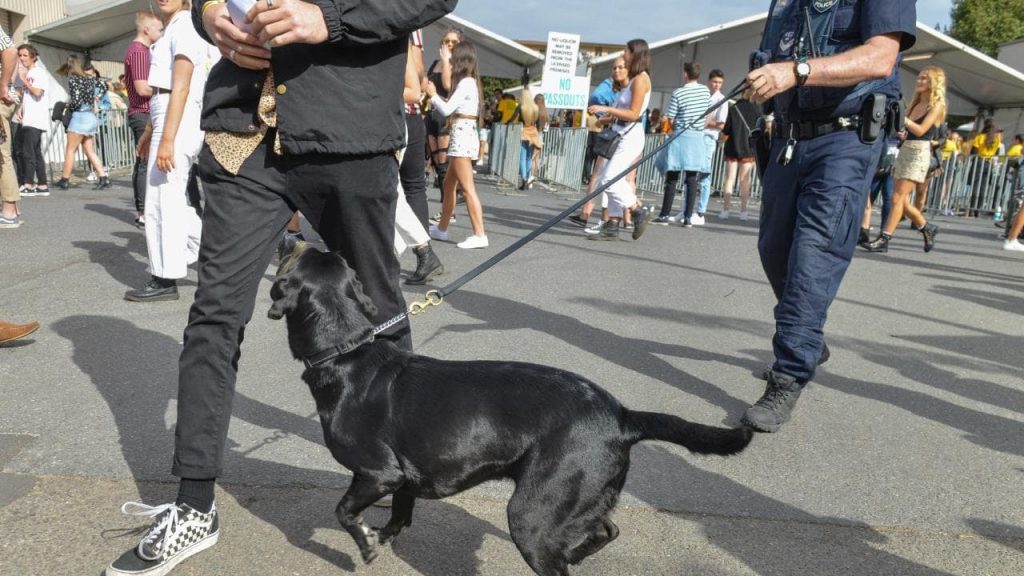 I’ve heard of some inventive stash spots, but one Ozzie raver really took it to the extreme when he tried to smuggle one-and-a-half MDMA pills into Listen Out Festival in Melbourne last year.

He almost made it through when sniffer dogs picked up a scent from his crotch. Maybe the suspect thought police would dismiss the sniff as a ‘classic doggo move,’ however that was certainly not the case.

According to the Geelong Advertiser, the crotch sniff led to a search that subsequently revelled the drugs as they were ‘secreted from his foreskin,’ the police prosecutor said.

The suspect was then charged with drug possession, which he pled guilty to. I mean he really couldn’t argue that one…

In the end, ol’ MD-dick was fined $1,000 AUD (£535.86) after failing to attend a court-ordered treatment programme, but no conviction was recorded.

Sriracha and a toupee

Continuing the stash spot theme, another drug bust was made in Australia after cops found AUD $300 million (£160m) worth of methylamphetamine from the US inside Sriracha bottles. Has no one seen Border Security??

“During a subsequent deconstruction it was found to contain 768 bottles of sriracha chilli sauce, with presumptive testing returning a positive indicator for methylamphetamine,” NSW Police said.

“A preliminary forensic analysis determined the bottles contained about 400kg of methylamphetamine, which has an estimated potential street value of more than $300 million.”

Seriously, Australia is probably one of the stricter countries in the world and drug smugglers come with their Sriracha or foreskin stash spots…

Outside of Australia, a nervous-looking 65-year-old Columbian man was stopped by Spanish police when he landed in Barcelona from Bogota. Upon questioning him they noticed his toupee was disproportionately big…

Look at this ridiculous and not at all inconspicuous photo:

Clearly smuggling MDMA under foreskin, a toupee or in Sriracha won’t work- back to the drawing board!