12 hour outdoor parties in Cape Town are fast becoming as popular as all weekend festivals and MAGIC is definitely one not to be missed.

This event is on 12th November and is brought to you by PsynOpticz who are also responsible for the massive Jungala festival that is hosted at the end of April each year.

Most of the 12 hour parties tend to feature mainly deep house and techno. MAGIC is a melting pot of techno and progressive beats with some hefty headliners on the bill.

In fact the entire lineup looks like a winner with no less than three top internationals, namely; BLISS (Israel), Vertigo (Mexico) and Mystical Complex (Israel).

Local heroes include Headroom who will also be performing his much sought-after Artelligent techno set, aside from banging out some massive progressive beats too. Liquid Viking is possibly one of Cape Town’s best kept secrets on the local production front although that is no doubt going to change quickly and Gokon Rave, who have been silent for some time are experienced deck wizards.

But the day will start off with some groovy techno from the likes of Kanan K7 and Rob Gonzo as MAGIC eases you into a delirious state of dance.

MAGIC is very close by. In fact it’s not even out of Cape Town.

Hillcrest Quarry is situated in the Durbanville Wine valley, just 25 kms from Cape Town CBD which makes it ideal for a one day event. As the name suggests the venue is located in a quarry and is surrounded by awesome views including a stunning dam. 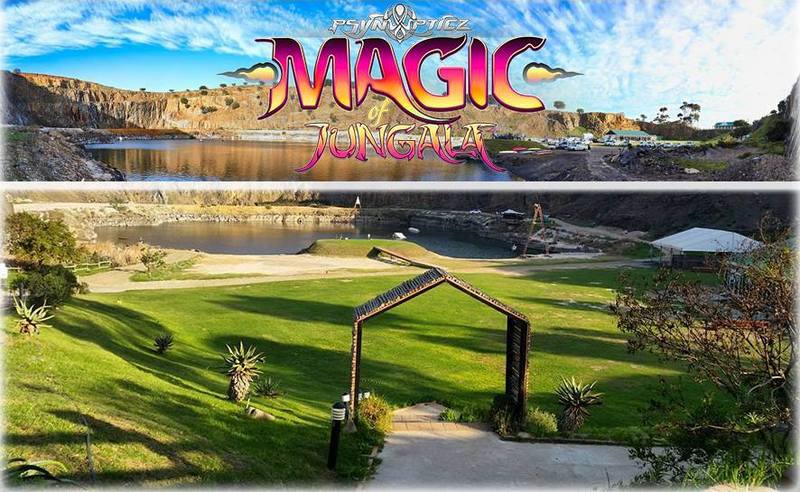 Tickets are limited. This is a special venue so expect an intimate experience – that doesn’t mean 100 people, but also not super massive.

Quality over quantity is the vibe here.

Phase one and phase two tickets are already sold out so best you grab yours while they’re still available.

There will be food stalls, a fully stocked bar and credit card / Snapscan facilities available at the event.

A few important things to note though is that the venue license does not permit alcohol or food to be brought onto the premises.

MAGIC is also a 21 years and older event so expect a slightly more mature crowd.

Be sure to use their tags when connecting online – #magicofjungala #psynopticz