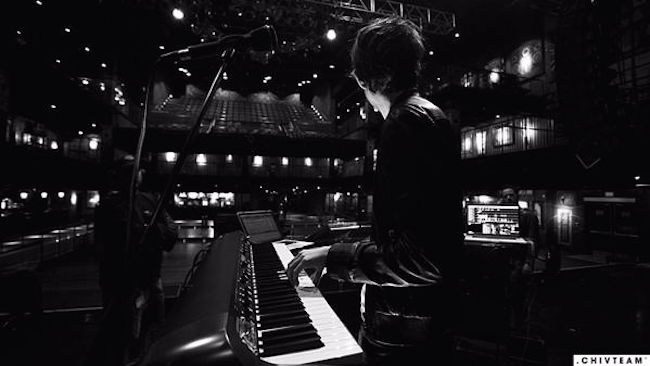 Check out Madeon’s new live setup Up-Close in his new tour video. The French musical wonder kid has said that his Adventure Tour has so far been a magical experience.

He is currently cruising through North America with a show that is all new and live. Now you get to watch the first video recap of Madeon’s new live setup from the road trip.

“The Adventure live tour is meaningful to me. I’ve never done anything quite like this before. It feels like the first real Madeon tour in a way.” Says Madeon in the video’s voiceover

This first episode gives you a quick but up close look at what makes up his new live set up, this also includes an impressive lighting rig.

Madeon has also revealed via a Reddit AMA that he originally made the album without paying too much concern to how the tracks would translate in a live setting, choosing instead to just go with his creative intuition.

From the looks and sounds of it, this decision hasn’t held him back too much, if at all on his live tour.

“When I started working on the show I wanted to bring back some of that visceral, harder, collective energy that wasn’t explored a lot on the album, while still staying true to it. I’m working on a lot of ways to interact with the music in ways that I find meaningful (changing the chord progression of a song on the fly for example). Improvisation is my favorite part of shows.” Says Madeon

It’s interesting and cool that he’s left himself room to play with the music during his live performances.