You are here: Home / News / Loco Dice Tours SA with Bridges for Music 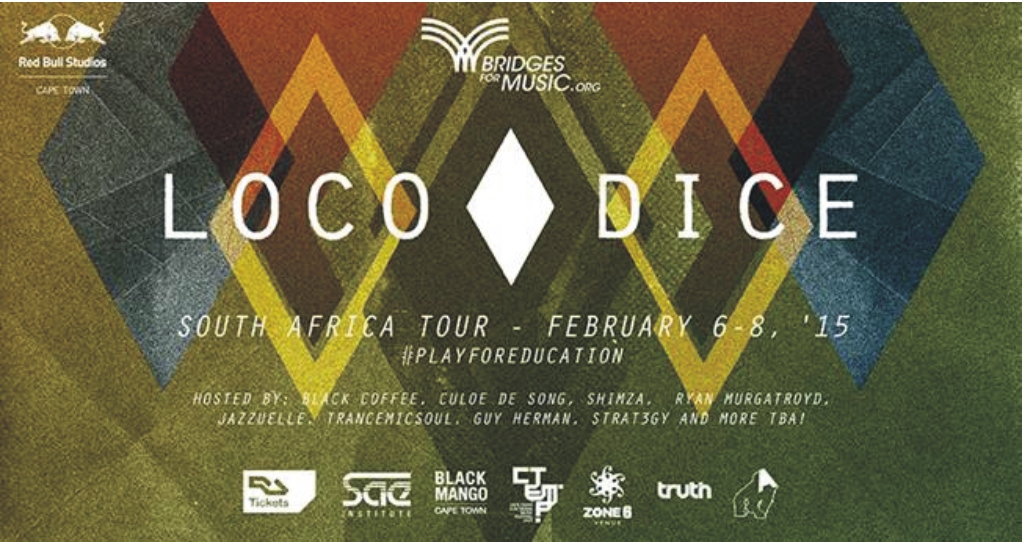 Loco Dice will be touring South Africa as the first official fundraising tour for this year by NPO, Bridges for Music. This will be the German DJ and electronic music producer’s first visit to the country.

Loco Dice’s tour forms part of Bridges for Music’s fundraising initiatives for educational projects like its music and multimedia school in Langa — or the various scholarship programmes that have already helped underprivileged South African artists to perform on global stages like Tomorrowland or Glastonbury.

Loco Dice has wanted to re-connect with his African roots for some time, and this opportunity provided the perfect opportunity. Some of his tracks are huge hits among the South African house scene, like “El gallo Negro”. He will also take it beyond the gigs and support the local scene on a grassroots level.

The tour will consist of a debut set at the Cape Town Electronic Music Festival (CTEMF) on Friday, February 6th at the emblematic Cape Town Town Hall and two fundraising shows in Johannesburg. Loco Dice will also be hosting a workshop in Cape Town in the township of Gugulethu. The second show will be held on Saturday, February 7th, at Truth, where he will be playing alongside Anja Schneider (Mobilee) and some of South Africa´s most promising artists like Culoe de Song, Ryan Murgatroyd, Jazzuelle and Trancemicsoul. On Sunday February 8th, Soweto’s Zone 6 will be the venue for the third show, a special night supported by local icons Black Coffee and DJ Shimza with the participation of local icons Vinny Da Vinci, Jullian Gomes and Da Capo. Loco Dice will host a special workshop at the Kliptown Youth Centre, located in the heart of Soweto.

All of the proceeds from the fundraising shows will go directly to Bridges for Music, thanks to support from Red Bull Studios in Cape Town, who are covering all expenses of the tour, and Loco Dice, who is committing his time to support this cause. The public can support the initiative by purchasing tickets to the show or donating via a special crowd funding platform created for this tour.

Bridges for Music have been raising money to build a music and multimedia school in the township of Langa, Cape Town with the goal of empowering the community through music. The non-profit organisation’s main goal for 2015 is to ensure the music school is sustainable over the next three years by securing additional funding. The school aims to become a creative hub where these young, talented individuals are able to pursue their dreams and develop skills, through a shared passion for music. The aim is also for the school to become a landmark in the community of Langa.

Through various fundraising initiatives BFM has already raised over R2-million in funds, which covers the initial build of the school. Most notably a highly successful charity cycle in 2014 organised by Resident Advisor from London to Amsterdam (during ADE) raised over £100,000 (R1,8m) with the support of over 2,800 donors and the sponsors of the cycle (Native Instruments, ADE, Pioneer DJ and SONOS). Thirty riders in total were able to take part in the challenge thanks to Resident Advisor who covered the costs of the cycle to enable 100% of the donations to go to the Langa music and multimedia school. 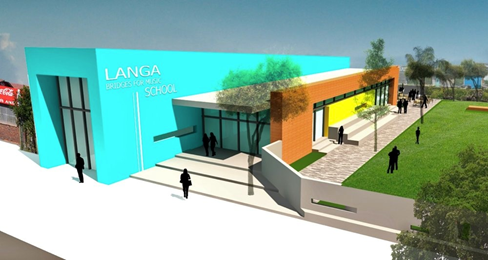 BFM have more exciting fundraising events planned for the year, including The Breathe Sunshine Unity Jam Festival.  Further details will be announced closer to the time.

If you can´t come to the shows but you still want to support, donations can be made here:

Are you a rising artist? Want to play at one of the shows?

Send a letter of motivation and Soundcloud links of your music to connect@bridgesformusic.org.

Workshop will be held on:

The aim of these workshops is to create a cultural exchange between an international artist and the local producers. We will talk about life, music, career, and more. We want to inspire the youth in those communities. The workshop in Kliptown will be followed by a small braai and jam session with local producers.

To book a seat at the workshops please email: workshops@bridgesformusic.org or reach out via Bridges for Music’s website.