The Chicago house legend, Larry Heard has some fresh new material in the form of four diverse and dreamy new tracks. 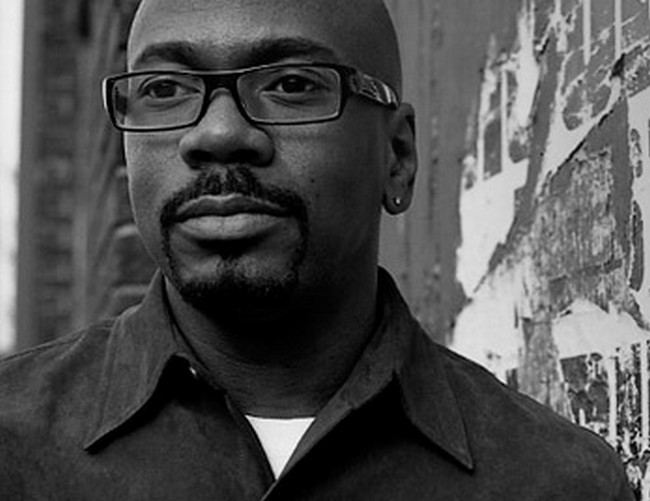 He is back at work with his Mr Fingers alias, one that is known for the classic ‘Can You Feel It’. Larry Heard’s record label Alleviated joined forces with Clone Distribution to put together a self-titled 12″ that features four new songs.

These four tracks have been available as a preview and you can check that out below. The album will be out in February through Clone Distribution.

“The EP starts off with the airy, downbeat ‘Outer Acid’ and ramps up to a slice of melancholy, trance-like techno on ‘Qwazars’, while the B-side offer deep and moody percussion jamming on ‘Nodyahed’ and a wispy sunrise soundtrack to close with ‘Aether’.”

Heard was a member of the Fingers, Inc. Group and is celebrated for the music he put out in the mid eighties. Even though he has done a lot music wise throughout his long career, it is his eighties tracks that everyone in the dance music world keeps getting drawn to. His stuff is considered classic to the nu-soul and house genres.

Larry Heard is known for his use of rich soulful vocals, smooth production techniques, and ‘long instrumental passages that de-emphasized percussion spearheaded the subgenre known as deep house’.

The track he did with Robert Owens titled ‘Mystery of Love’ instantly made it to hit status, making it to the number ten spot on the Billboard Dance charts.

He’s worked with and mentored other successful artists and his music has been released and re-released under varying aliases including Fingers, Inc., Mr. Fingers, Loosefingers, Larry Heard, and Robert Owens the vocalist.

Check out the Larry Heard new music previews below:

BlendXL is home to an all-female lineup today, continuing until midnight with Ambrozial, Divine, Mercedes and more. #ADE | Follow us live at http://a-d-e.co/live

TIP: The new Plug-in Nap feature in Studio One 5.4 is not enabled by default. Make sure you open the performance monitor and click the box to enable it. Then watch your CPU usage meter DROP!

LEARN MORE ABOUT STUDIO ONE: https://bit.ly/37gmyG0

Tasha Baxter Unites With New Talent, @DjangoFlaherty For ‘Dreamweaving’ Ahead Of LP Release https://themusicessentials.com/music/tasha-baxter-dreamweaving/ via @TheMusicEss

Some groooooovy Saturday mixes for ya