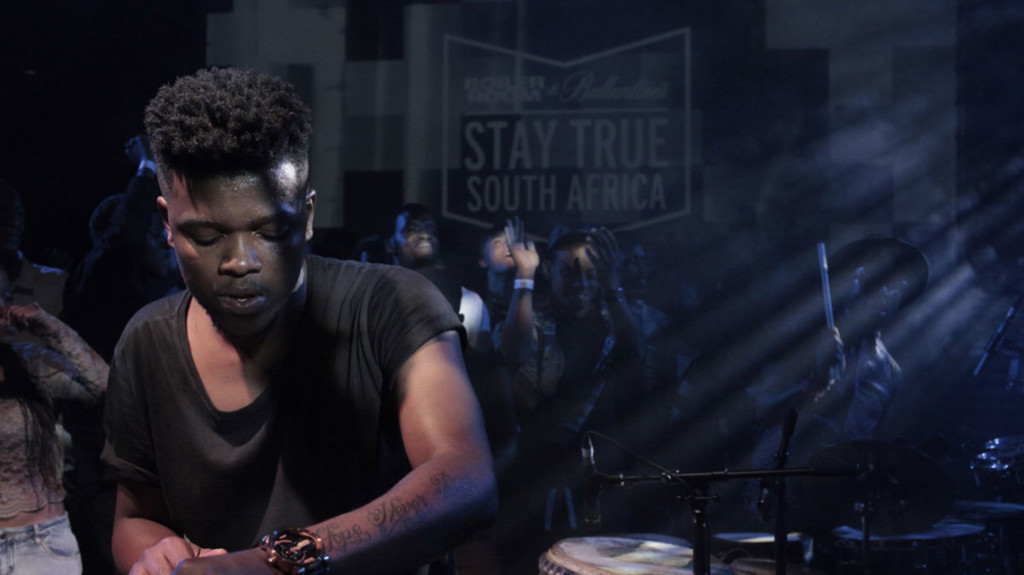 One of them is an eight minute documentary of the Johannesburg leg of Boiler Room and Ballantine’s Stay True tour.

“Sometimes on the global Stay True Journeys we’re undertaking with Ballantine’s Scotch Whisky, local themes emerge gradually. Not so in South Africa. There, the theme came instantly. Right up front, everyone we spoke to in the SA music world mentioned one thing above all others as important to them: the power and centrality of dancing in their lives.” says Jack Hart of Boiler Room

“As something that is so central to our identity, dance is still a relatively novel topic here. Can you imagine such a big story has almost never been told like this?  I got to interview people who have been interviewed a million times, but as we were talking it occurred to me that they had never had this conversation before, not like this.” says Lebo.

Stay True South Africa has been shot impeccably by the DOP Motheo Moeng and Lebo. They capitalised on a distinct combination of smoke, slow motion, and talented dancers in downtown Joburg at night. He’s said that the concept gave him the opportunity to tell a story that was rich with visual expression. He was amazed at the footage he was able to get.