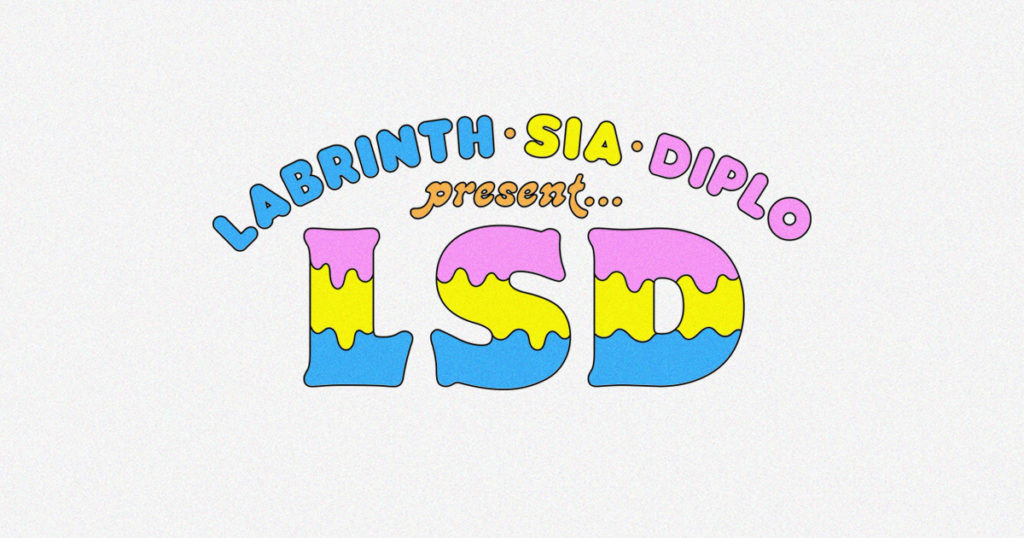 From Major Lazer, to Jack U, to the now Grammy Award-winning Silk City, it seems that everything British producer Diplo touches turns to gold.

Just when you thought his plate must be overflowing, he dished up a new project with Sia and Labrinth called LSD and as if releasing a successful singles wasn’t enough (of course it isn’t) they are releasing an LP quicker than you can say “LSD.”

Although the self-titled album was planned for a November 2018 release, the super group has announced the LP is slated to drop April 12.

Thus far LSD have shared two singles from the album: “Genius” and “Audio.” In January, the group released a “Genius” remix with Lil Wayne that arrived with a Ben Jones-directed animated video.

However, Sia’s powerful vocals, Diplo’s clean production and original verses from Labrinth creates a pleasant experience that is sure to be a club favourite.

I got to make an album with my favorite musicians 💕 @labrinth, @sia and diplo present… #LSD. Album out 4/12.