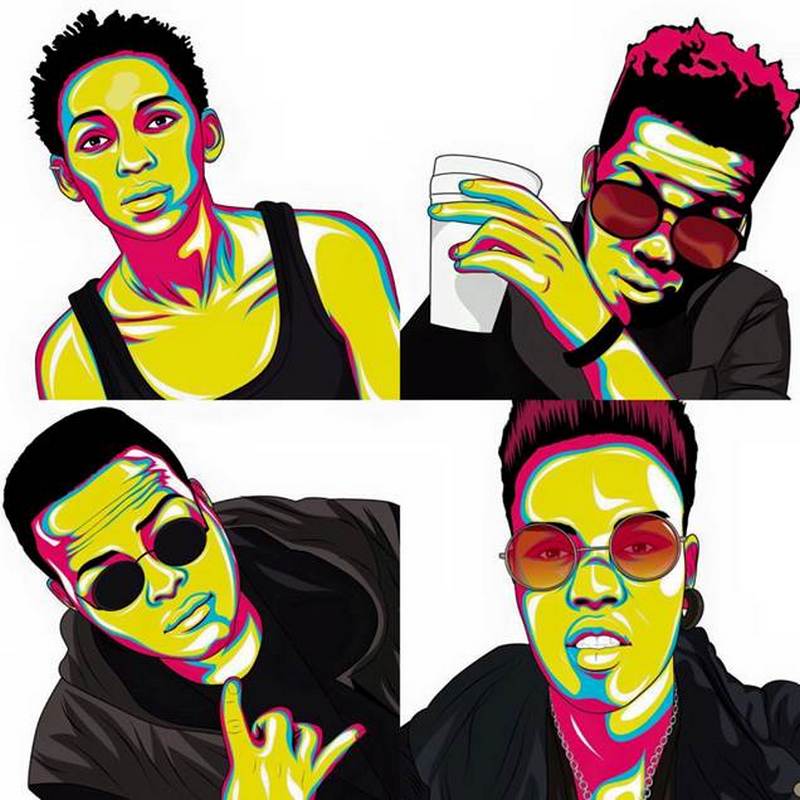 Toya Delazy saw the need for an all-female rap crew and joined forces with three of her University of Durban alumni who now form part of the four member Klutch Kollective crew.

The Klutch Kollective has just released their debut single, Back ToThe Roots, which is now available as a FREE download for the next 48 hours only.

Toya Delazy is the executive producer, producer and also features on the chorus of Back To The Roots. The song is about taking hip hop back to its roots, to something more conscious.

It’s a humbling experience to finally see Klutch Kollective come into fruition. I believe SA desperately needs a conscious hip hop movement and I’m certain the collective voices of women will be able to achieve this” expresses Toya Delazy.

The Klutch Kollective comprises of Toya Delazy, DK, Fiah and Genius all of whom are no strangers to the South African music scene. Toya Delazy is a multiple award winning artist. DK & Genius form two of the only three females picked to participate in the 2015 Vuzu Hustle reality competition out of thousands of entries. Genius also participated in SA Idols (Top 100), SA Pop Stars (Top 48) and made The Top 10 on the Vuzu Hustle. Fiah is fast becoming a force to be reckoned with in the entertainment industry. She has under her belt, a strew of film roles, including a principle role in Between Friends a 2014 local box office hit. She is also the face of Ukhozi FM’s new campaign, and the raspy bad girl voice behind SABC Encore’s hip hop theme track.

Be sure to watch out for the Klutch Kollective who are likely to make a noticeable impact on the hip hop scene this year. Also listen out for their new single, Back To The Roots, soon to debut on radio stations nationwide.