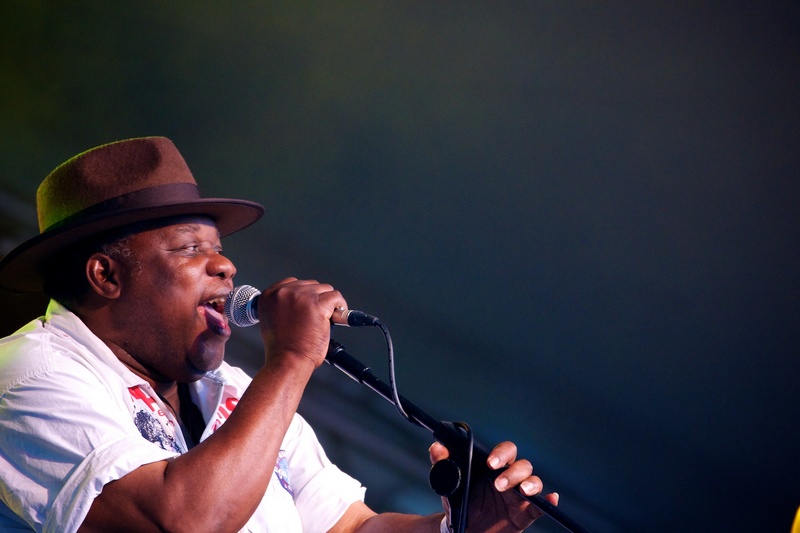 Kanda Bongo Man The King of Kwassa Kwassa will perform at Cape Town Nu World Festival this year. He will be bringing his version of cheery and rhythmic music that is contagiously upbeat and of course authentically African. His performance at the Cape Town Nu World will be an exclusive gig, making it even more of a special event.

According to his fans and followers… “If Kanda Bongo Man doesn’t make you want to dance, call an ambulance. You’re dead.”

He has been transformative to the world of Congolese music and his version of soukous gave rise to the one and only kwassa kwassa dance rhythm.

This is known as the move where the hips move back and forth while the hands move to follow the hips, and for this he is known as The King of Kwassa Kwassa.

Kanda Bongo Man has been instrumental in spreading the Congolese sound across the rest of Africa, Europe and specifically the UK in the 1980’s.

The CT Nu World concert will take place at the Cape Town City Hall and they are expecting a great crowd of eclectic music lovers who enjoy sounds that are African and fresh.

One day passes and Full weekend passes are exclusively available at www.ctnwf.com, as well as the following Pick n Pay Branches: Cavendish, V&A Waterfront, Brackenfell Hyper and Long Beach or at www.webtickets.co.za

Superbalist.com are also offering a discount voucher with all ticket purchases. You could receive R150 off any Superbalist purchase of R400 or more.