You are here: Home / News / Kalm Kaoz aim for the stars with new video ‘Martian Stardust’ 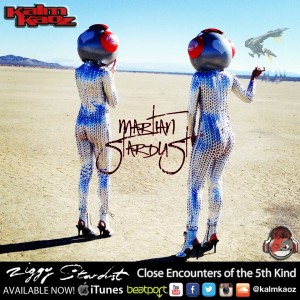 The high-fashion alien video was filmed and directed by Amsterdam favourite Jasper Faber (known for his unique filming on documentaries, commercials and music videos). According to a report on The DJ List, Kalm Kaoz noted: “His talent is incredible. He films video live, bringing in unique and powerful effects on the fly. His camera work is much like DJing live – the effects he achieves cannot be replicated in post-production. Simply a must watch.” Naturally, the proof is in the pudding.

In addition, the L.A. house machine will be marching to Brazil later this February to perform alongside Steve Aoki on the 22nd at the Rio Music Conference. Kalm Koaz member John Langdon is also set to host the panel “From Wall Street to Electric Avenue”. No doubt that his experience as a Wall Street veteran will definitely serve up valuable knowledge – especially in these fast changing times.

Social ad spend increased by 12% since this time last year, and it’s set to continue skyrocketing in 2023.

One of the founding pillars of the UK Garage Movement 👌

Brazil for the BRICS boys #FIFAWorldCup