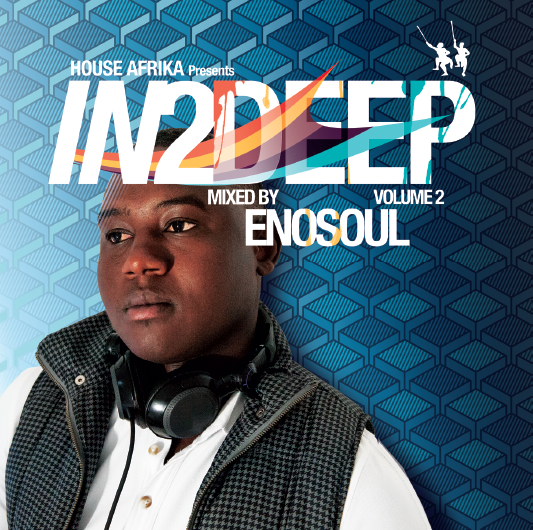 In2Deep Vol. 2 mixed by DJ Enosoul recollects the decadent and soulful tones which made the first volume such a big success.

Enosoul is Venda and his work is inspired by artists such as DJ Fresh, Mbuso, Vinny Da Vinci and Christos. His move to the city of house, Pretoria has nursed an even more evolved sound personality within his art. He plays alongside artists such as Culoe De Song, Jimpster, Ralf GUM, QB Smith, Rocco and more.

This ‘In2Deep Vol. 2’ mixes up some of the finest in soulful local and international house music, basically if you are a house junkie you do not want to be missing out.

Starting out with the UK’s Scott Diaz’s sweeping soul, the mix moves through music from the legendary Miguel Migs, of the deep house scene since the ‘90s and also known as Petalpusher on Naked Music, Italy’s Souldynamic duo, DJ Romain from New York and Darryl D’ Bonneau (South Carolina), remixed by France’s Rocco and New Jersey’s Kerri Chandler.

Sitting neatly in the groove alongside these international heavyweights are a host of talented local producers. Stasoul has a load of releases on labels like House Afrika and Kings Of Groove on Traxsource, and on this one collaborates with Bruce on “Bad Sweet Girl”. ZuluMafia who opened the first volume, comes with a collaboration with Cooks, as does Roque.

Fresher names include Needle & Griffith Malo, whose cuts have gained DJ support from the likes of Osunlade and Lars Behrenroth, Polokwane’s DJ Tears Plk, Serenaded Soul (Rascu remix) and a great little tidbit from Enosoul himself, in tandem with Ultimo Numero.

In2Deep presents itself as a snapshot of South Africa’s deep house scene in serious conversation with its overseas predecessors, making it a really deep exercise worthy of its name.