You are here: Home / News / Hunter S Thompson and his drug taking schedule

Hunter S Thompson is famous for his gonzo journalism and of course taking loads of drugs. He is beloved and seen as the ultimate literary party-boy by any dude who picked up a book for the first time since required reading in high school. 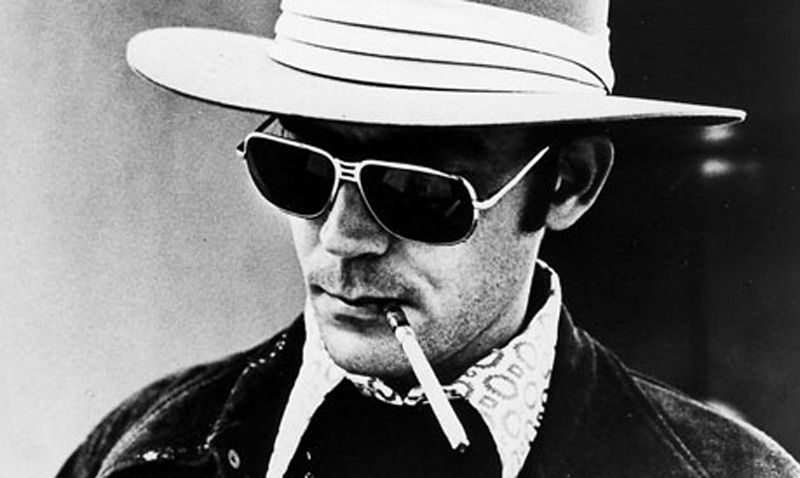 He was an innovative writer and most of all he is famous for his frat boy-esque antics. If you have ever wondered what went into a day of this guy’s drug taking schedule, then here we have it.

Hunter S Thompson took a dangerous mix of drugs and booze daily. And it was his openness with this lifestyle that intrigued people.

In 1994 E. Jean Carroll wrote a book titled HUNTER: The Strange and Savage Life of Hunter S Thompson. In it she documented what and how much of it all he abused in a day.  He started the day off with Chivas Regal and binged cocaine from 4:15 pm till 5:45 pm. Then at 10:00 pm he would drop a bit of acid.

Naturally, you would be shocked, amused, or even amazed by this level of hardcore behaviour. However, anyone who takes this many drugs in a day and starts the day off with whiskey is struggling with a few deep set mental and emotional issues. Few people talk about this when they discuss Hunter S Thompson though, the general consensus is to glorify him as a rogue clown.

His story fascinates the world to this day and his experience as a man and as writer is likely telling of our times. He was an all American Southern boy from Louisville, Kentucky who committed suicide in 2005.

Reportedly, Hunter S Thompson was cremated and his ashes were fired from a cannon, carried out by another [allegedly] drug taking, red wine swirling creative known as Johnny Depp. 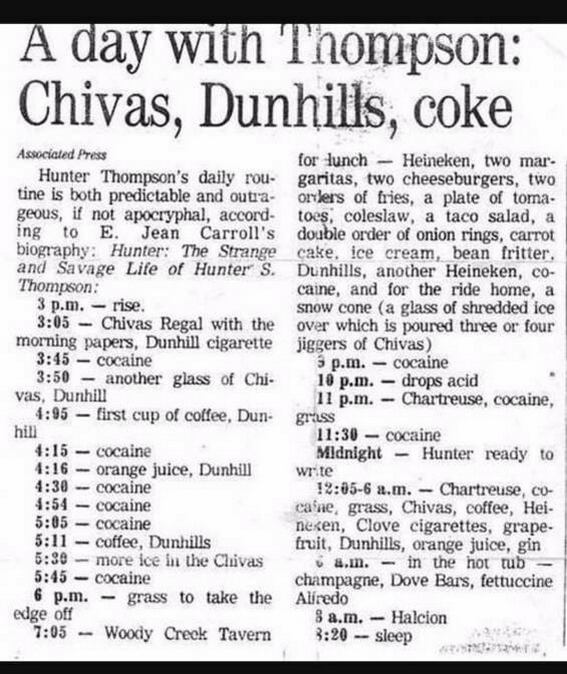