Gorillaz launch docuseries ‘Song Machine’ with episode one out now. 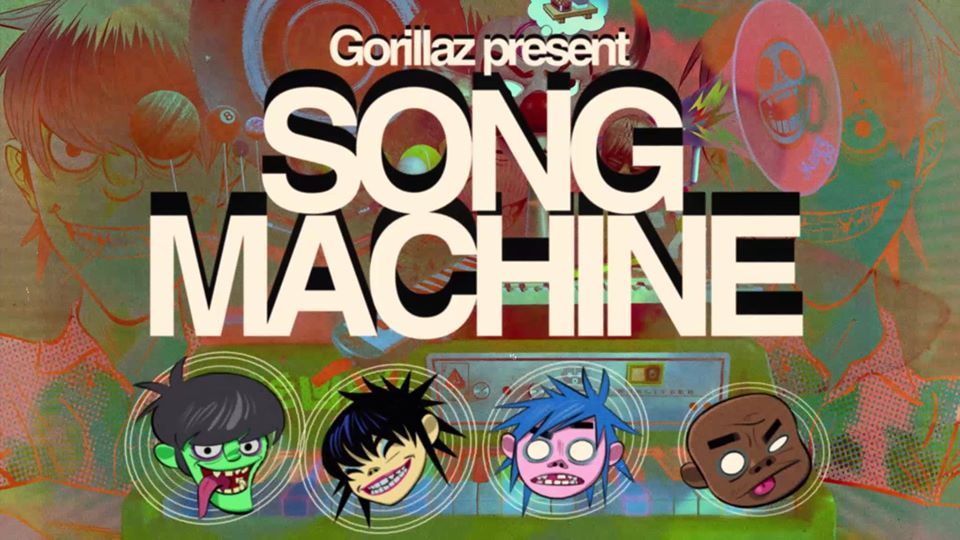 Out of the box masters Gorillaz have a new project underway; a docuseries dubbed ‘Song Machine’ which will see the band “joined by an exciting and ever-evolving roster of as yet unannounced collaborators captured live in Kong Studios,” the band announced in a press release.

“The cameras are rolling 24/7, the fourth wall is broken, the kettle is on, the chaos is real, the door is open… What’s coming next? Stay tuned,” Gorillaz adds.

The video features Jamie Hewlett’s iconic Gorillaz animation laid over footage of Damon Albarn in the studio with his collaborators, and the sketched Gorillaz members lounging around.

Over the weekend, Gorillaz guitarist Noodle shared an Instagram post hinting at a possible release with Tame Impala.

The post, which tags the Kevin Parker-led group, features an image of Gorillaz superimposed over the cover of Currents, Tame Impala’s 2015 album.

So, with new releases slated to arrive spontaneously throughout the year, a collaboration with Tame Impala may serve as the second episode from Song Machine.