You are here: Home / News / GoodLuck The Storm video and single released for summer 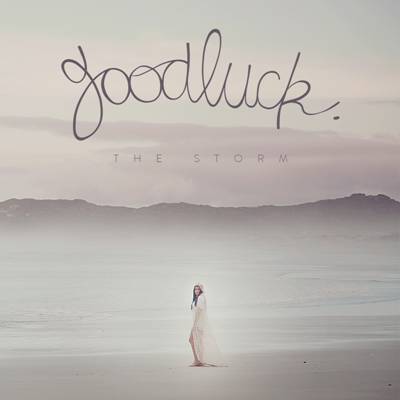 GoodLuck The Storm is the brand new single just released by the funky electronic band who are right off the heels of a successful European tour roster.

Just in time for our local summer season, they promise to set the party scene alight with the track they say was made for summer and ever so paradoxically titled ‘The Storm’.

Storm is an eager fusion of African marimbas, London house grooves and Jules [Harding, the volcalist]. Why don’t you give it a [listen to it here]

As an extra treat, just because they love their fans so much, GoodLuck has put together a video for ‘The Storm’ that serves as a telling tale of fragility and the raw emotions that usually accompanies such frailty in the contrast of a raging storm. The concept was developed by GoodLuck themselves and directed by Ryan Kruger.

GoodLuck The Storm is now available on iTunes too.

The Storm caught us all by surprise… just before the release of Creatures of the Night, we hosted private listening sessions around South Africa for our core fans and nearly all of them had The Storm as their favourite song on the album… until then we weren’t considering it as a single because it is a very personal and fragile song and sometimes songs like that need to just remain on an album. So whilst on tour in the UK earlier this year we sat down in a little studio in London and tweaked it just a little bit – taking it to a new place that we think is just perfect for representing how this year has felt for us… the ups and downs have been pretty extreme to say the least and sometimes it takes a big storm to wash away the old and set us up for the next season of awesome,” says producer Ben Peters.

GoodLuck will be touring all over the country this summer, keep track of them on social media to find out if they are performing in your city.