You are here: Home / News / Watch: Goodluck DJ Ganyani Waiting for You

Watch the music video for the Goodluck DJ Ganyani  hit single ‘Waiting for You.’ 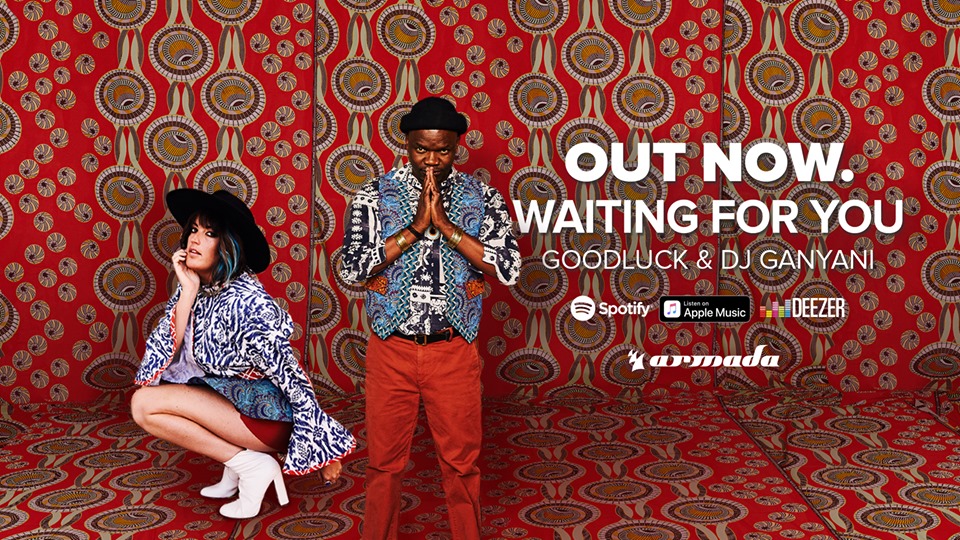 The video has been released on Top Dutch label, Armada Music’s YouTube channel TODAY- Friday 14th of June – with a focus on the strongest Dance talent out of Africa.

The music video, which was filmed in the downtown, heart of Joburg city, features lead vocalist Jules from GoodLuck, DJ Ganyani and an array of extremely talented dancers.

The music video is a colourful and high energy visual interpretation of the song.

The video follows the story of a man who has only one leg but visions and dreams of becoming something much bigger than his disability. He wants to dance and be accepted within a crew of some of the best dancers in his city.

We watch as his fluid and unique style and original moves create a space in which he can truly express his creativity amongst this group of talented African dancers.

The music video celebrates Mzansi’s best with a marriage of afro-house and electronic pop production and performance.

The message is inspiring and up-lifting, like the music! There is also an interesting ‘Boomerang’ visual theme throughout the video that enhances the strong Afro-house rhythms in the song.

The music video was conceptualised, directed and filmed by Run Jump Fly Productions, who are a young and exciting creative company based out of Johannesburg making waves in the industry.

It was directed and produced by Tristan Coetzee & Lourens Smith. This top record partnered with a visually strong video is set to be a global favourite for 2019.

Watch the video for Goodluck DJ Ganyani ‘Waiting for You’ below.