You are here: Home / News / Goldie pleads guilty to assault charges via Facetime from his Thailand home 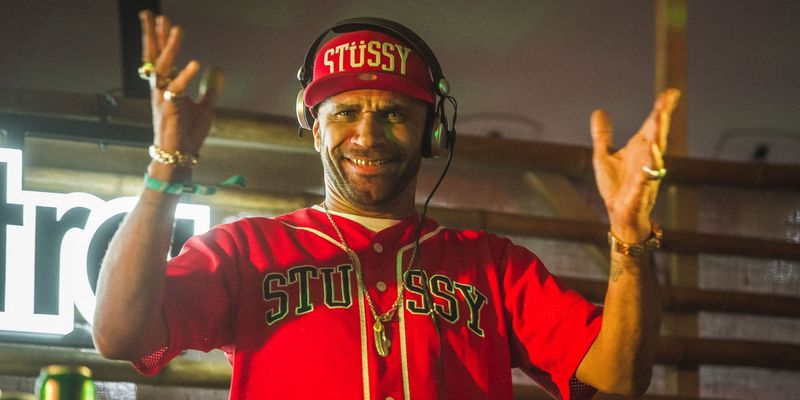 Last year Goldie was accused of assaulting a security guard at Glastonbury festival, a charge he has now admitted to-via Facetime.

Technology is certainly taking over every sector of our lives, including the judicial system?

How it happened is that after the judge refused to delay the hearing for Goldie, real name Clifford Price, he emailed them “Yep, guilty as charged.”

Judge Lynn Matthews at Bristol Magistrates Court refused to accept this plea, so the drum and bass star appeared in court via Facetime.

He phoned them from his home in Thailand, confirming his admission of assault by beating.

Goldie told Judge Matthews, “Correct, my dear” when admitting to the charges.

You can’t really tell whether that’s manners or being snarky, either way the judge was having none of it telling him that she was not his “dear” and that he must appear before the court for sentencing in 30 May or face being issued a warrant for his arrest.

Goldie was charged with assaulting bouncer Dennis Poole at Glastonbury Festival on 23 June 2017 after he refused to let Goldie and his daughter Chance Price go backstage.

Chance Prise (20) was also charged with assault but it appears that they will drop the charges once her father, Goldie, is sentenced.

Ever outspoken, last year Goldie said that gentrification had “fucked clubbing” and that the current state of the UK scene was “bollocks.

Well there you have it, Goldie pleads guilty to assault charges via Facetime, what’s next- Meme sentencing?