Ravers get your mouths on this limited-edition Gabber Eleganza rave whistle- for €1350. (R22k + change). 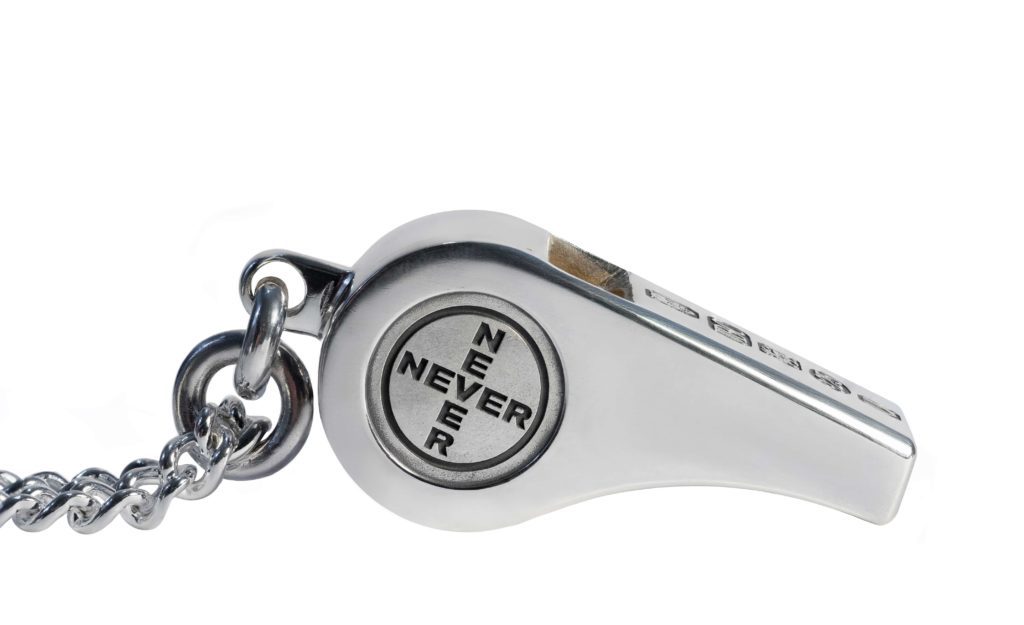 Coming in at the hefty price of €1350, the rave whistle is made out of pure silver and has the words “NEVER” and “SLEEP” engraved on each side as well as BC’s London hallmark. The buyer also has the option to customize their whistle with a choice of four numbers, words or dates.

As noted in the Instagram announcement, this limited-edition whistle is representative of “anarchy, revolution and the sound of your mother telling you to get home after playing outside after 9 pm.”

“The whistle isn’t just an emblem of the times as it cuts through the air and digital noise, it’s also a bespoke piece that heralds back to traditions that are as much tribal as they are cerebral,” says Gabber Eleganza of the item. “The whistle represents anarchy, revolution and the sound of your mother telling you to get home after playing outside after 9 pm.”

Italian DJ Alberto Guerrini is the man behind Gabber Eleganza, which is an open-ended art project that was created as a spotlight on hardcore, post-rave counterculture.

Joy BC is an award-winning London-based jewelry designer that brings a conceptual, socio-political touch to fine jewellery.

To all the die-hard ravers out there (who never sleep) with €1350 to spare, there are only 40 units in stock so get your customisable designer Gabber Eleganza rave whistle here.