You are here: Home / News / Future Sound of Mzansi Part 3 by Spoek Mathambo 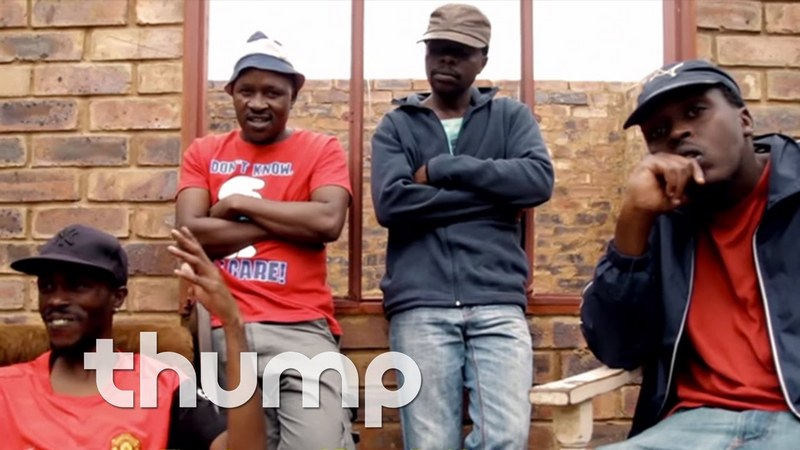 Future Sound of Mzansi Part 3 by Spoek Mathambo is the third and final instalment of the series posted up on Vice’s THUMP channel on Youtube. If you’ve been following this mini web series you will know that it spotlights the past, present and future of South Africa’s electronic music scene and the varying genres that make up its identity.

Future Sound of Mzansi Part 3 highlights the music coming out of communities in the lower economic sector, such as Atteridgeville in Pretoria and the influence of the ‘Bacardi House’ sound and ‘Spin’ parties. Including, the fame that these producers/DJs have in the township for their music and the energetic responses that the local crowd offers them.

“My man, I told you I’m famous like brown bread.” – Machepies

The music that bangs at these gatherings is called ‘Bacardi House’, a genre indeed named after the booze. This style combines elements of garage, disco, and a local style of drumming.

“If you play other music [at the parties] as a DJ there’s a rope for you.” DJ Spoko

It’s invigorating to see local South African music given a platform to tell a story such as this and after watching it one is left with all sorts of feelings.

Future Sounds of Mzansi Part 3 also focuses on DJ Mujava’s ‘Township Funk’ track that achieved hit status internationally when it was re-released on Warp in 2008, making for some memorable funky club nights in the UK thanks to support from guys like Pete Tong.

“I never had a hook up with South Africans. The rest of Africa, they disregarded me. Outsiders understood me, and they hooked me up.” says Mujava

If anything what one can take away from the Future Sound of Mzansi Part 3 video is a thought of acknowledgement for all of the originality and freshness that is still largely untapped in South Africa. The trick is to step out of your musical comfort zone and evolve your sonic landscape. When we open ourselves up and recognise the creative power we have as a local music industry by working together and supporting each other we could be doing even bigger and better things.