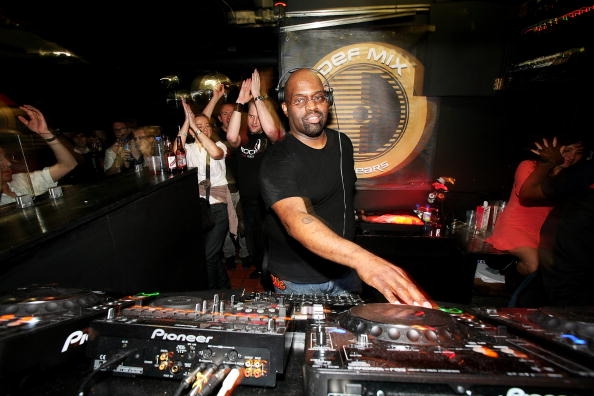 The Frankie Knuckles Chicago House music movie is titled ‘The Warehouse’. According to a Red Eye Chicago report, a film on the topic of house music will start filming in Chicago during March 2015.

The film will revolve around Frankie Knuckles as an artist and the development of Chicago house music, including the local venue after which this film has been named. ‘The Warehouse’ is also how ‘house’ got its name. The film is poised to focus on and honour the life and work of Frankie as well as the life of the club owner, Robert Williams.

At the Grammys this past Sunday, the late, much loved, and widely respected Frankie Knuckles’ memory was celebrated as part of the award show’s ‘In Memoriam’ segment.

It’s been nearly a year since his death and the Frankie Knuckles Chicago House music movie will serve as another fitting tribute to the undeniable house music pioneer. He brought something new to the dance floor by taking disco and R&B records and used the early drum machines to add a bass line underneath, insightfully shaping the tracks for a club dance floor.

The Warehouse will be co-produced by Billy Dec, Bob Teitel, Randy Crumpton, and Joe Shanahan, owner of Chicago venues Metro and Smart Bar.

“Growing up in Chicago, I always knew about The Warehouse and its ties to house/dance music. What amazes me is what started as a fad in a small Chicago club in the late seventies has evolved into the biggest genre of music in the world.” says Bob Teitel

As it stands, casting decisions have not yet been finalized. Production is pencilled in to start on the 31st of March with a launch party no less. All proceeds made from this launch will go to the Frankie Knuckles Foundation.