You are here: Home / News / Move over Fidget Spinner and make way for the Quiubo music-making toy

Music production becomes a game with the Quiubo music-making toy! 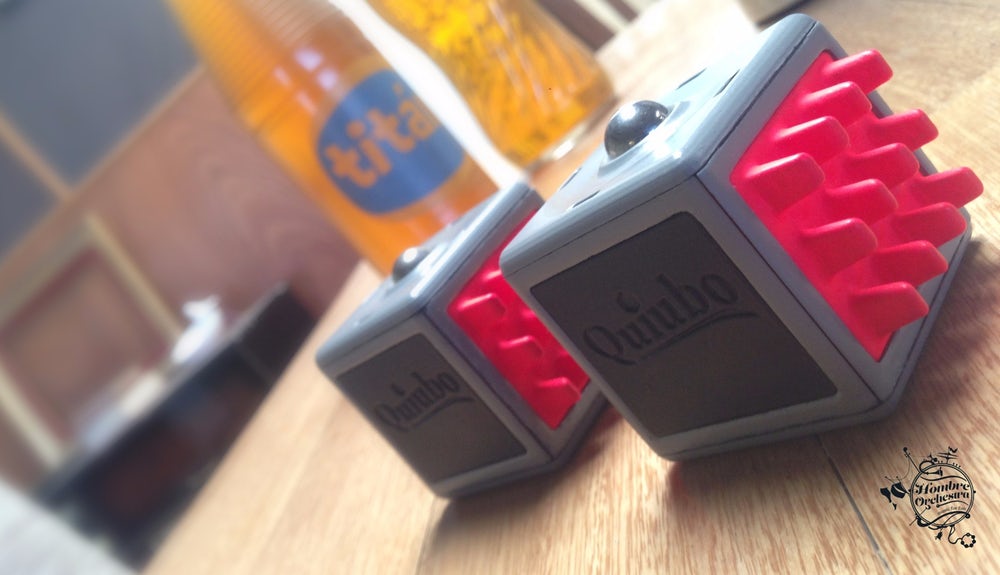 For those with more of a musical inclination than what the Fidget Spinner allows, Quiubo is the toy you need.

The faces of the cube can be used to tap out rhythms or pluck virtual guitar string, or shake a beat while twisting and tipping, adding crazy effects.

This ‘lil cube takes “Bop It” to astronomical heights with each face providing different functions.

The top side has a part-emerged ball allowing users to distort playback through tilting the cube.

Another side is equipped with ridges rising from the surface which can be plucked like guitar strings or stroked like a finger piano.

One side has function buttons which provide different features like the built-in Bluetooth 3.0 speaker that throws out audio on another as well as a flat zone elsewhere which can be used for finger tapping a beat.

A gyro sensor is built in to the Quiubo which measures “the rate of rotation around the x,y and z axes” as well as allowing sounds, effects and chords to be assigned to each axis.

Forget about discarding your creations because the Quiubo can record and save your creations (1GB of internal storage) before sending it to your iOS/Android mobile app.

The mobile app also allows users to assign instruments to the Quiubo, as well as uploading songs to the cloud to share with friends.

The Quiubo project is currently on Kickstarter, with a pledge starting at MXN660 (roughly US$37).

Shipping to backers is expected to start in July 2018, if all goes to plan.