A Facebook desktop redesign is scheduled to roll out to all users before March 2020. 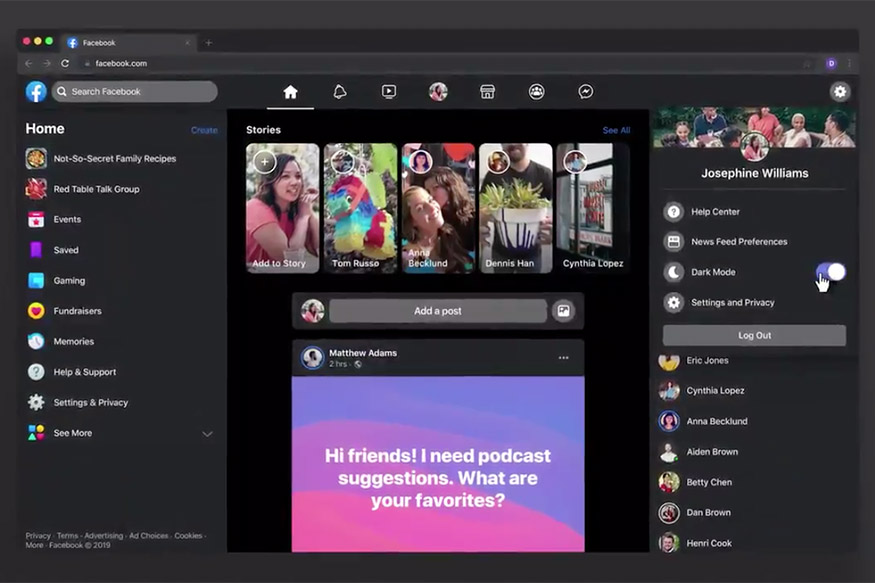 At last year April’s F8 conference, Facebook executives announced plans to push out a massive redesign to Facebook. Both the desktop website and mobile app were scheduled to receive an update that would make the father of social media easier to navigate.

Facebook described the new look as a much cleaner design with more of an all-white look, although there is a dark mode, too.) The fresh redesign is also geared to emphasize Groups and Events, two of the biggest pullers for daily users.

This, of course, means the News Feed will take a bit of a back seat, which is probably good news for users in general.

It’s now January 2020 and the redesigned desktop is still MIA. However, the company is confident it will roll out March latest.

A “small percentage” of users are getting a pop-up alert inviting them to help test “The New Facebook,” in which they can choose between a white background with bright icons or the dark mode already available on mobile.

Here are some of the changes you can expect:

Upon looking at a picture of the new Facebook desktop redesign, you will notice that it looks similar to the current mobile experience.

Those who have had early access to the “New Facebook” say the redesign only pertains to the user interface. There will be no changes to how Facebook functions on the desktop.