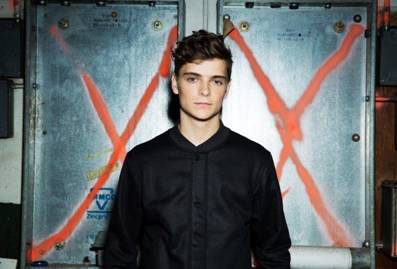 Martin & Usher have been talking about their ‘Don’t Look Down’ collaboration over Twitter and Instagram over the last few weeks, creating a build up with their fans before the actual release date. Last night, the complete version of the track went live online.

Martin Garrix is only eighteen years old, he’s signed to Spinnin’ Records and is in full fledged superstar on the rise mode. He’s at the number four spot on the DJ Mag Top 100 poll for 2014, has the attention of Billboard’s prestigious “21 Under 21” as well as Forbes’ “30 Under 30” list and is dropping his first BBC Essential Mix. His global smash hit single “Animals” charted at number one in the UK and reached international platinum status with more than 100 million streams on Spotify and 400 million views on YouTube. 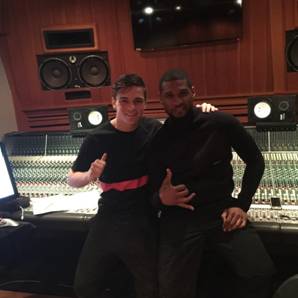 He’s currently been working in the studio finishing new tracks for his debut album, including collaborations with Usher, Ed Sheeran, David Guetta, Tiesto, and more.

Usher is the charming R&B singing sensation with dance moves to match. His star reached global status in the 90’s and he’s remained in the memories of those who grew up with his music. His career has taken on a slower pace since the mid 2000’s, so a collaboration with an up and coming EDM star is a smart move to help retain some relevance. He’s an eight time Grammy award winner, while Billboard has named him the second most successful artist of the 2000s decade. Usher’s 2004 album “Confessions” was ranked as the top solo album of the 2000s decade. He’s sold over 50 million albums worldwide.

Get the single on iTunes:

Listen to “Don’t Look Down”