The 34th DMC World DJ Championship Finals will honour the best behind the decks. 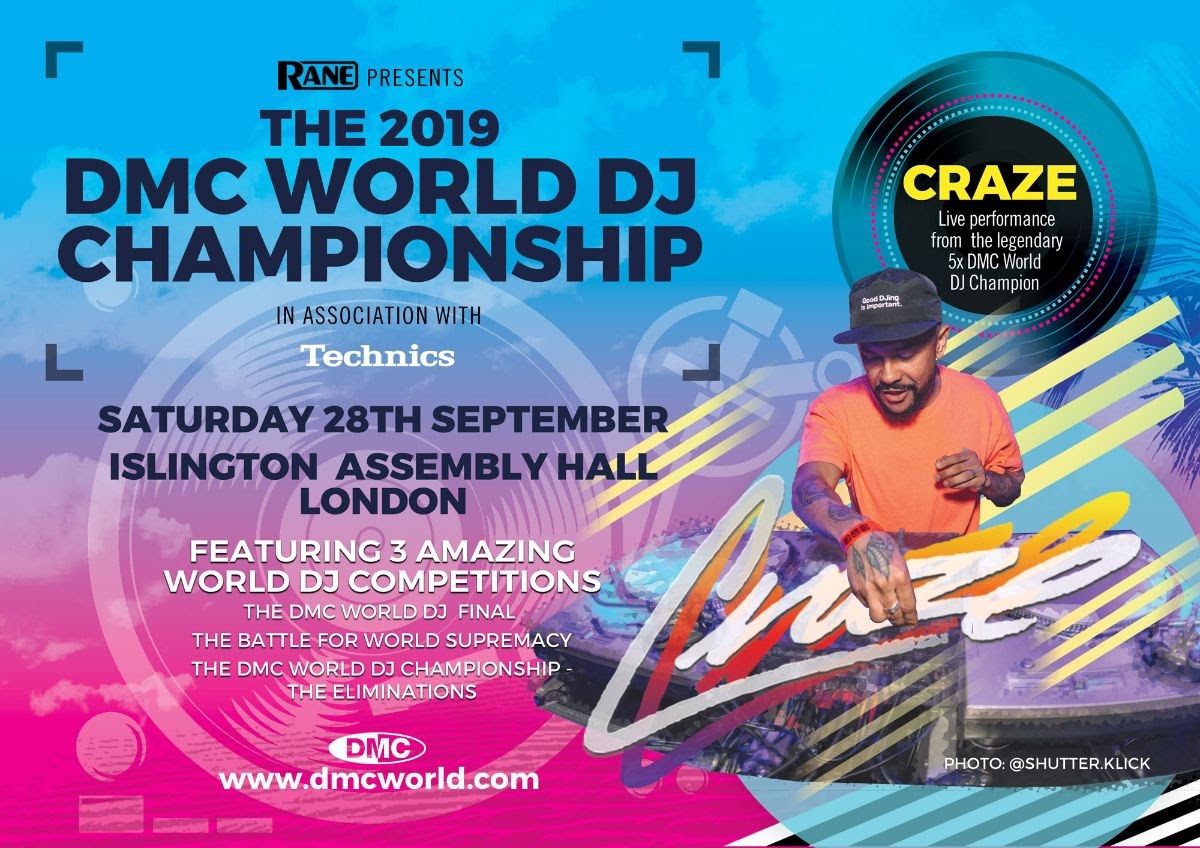 Following yet another record-breaking year, DMC World are back with the 2019 World DJ Championship Finals. Sponsored by audio specialists Rane and in association with Technics, the legendary event will take place on Saturday 28th September at Islington Assembly Hall, London.

With years of practice, months of national competitions and hours of back-to-back battles, DJs from around the globe will take part in this historical event to win the coveted title.

With its international status, the competition will see thousands of beat-enthusiasts descend on Islington Assembly Hall to witness the crowning of this year’s champion.

This year’s event will see the last eliminations ahead of the nerve-wracking World DJ Final. The prominent Battle for World Supremacy will also be taking place.

Exclusive to this year, Rane will also be offering custom made 12″ acrylic control discs to any DJ that competes using their specialised Twelve Turntables.

Alongside this, Technics are giving competitors the chance to perform using their highly respected MK7 Turntables.

Budding DJs are also encouraged to upload a 60 second set here to be in with the chance of performing on the main stage in front of the judges on the day of the finals, before being crowned the DMC Portablist DJ Champion.

Plus, DMC professional JFB will be hosting a ‘Routine Breakdown’ workshop, offering those attending the opportunity to witness his routines step-by-step and learn key skills from the master himself.

If you are in London you can Get tickets to the World DJ Championship Finals and check out some wizardry.