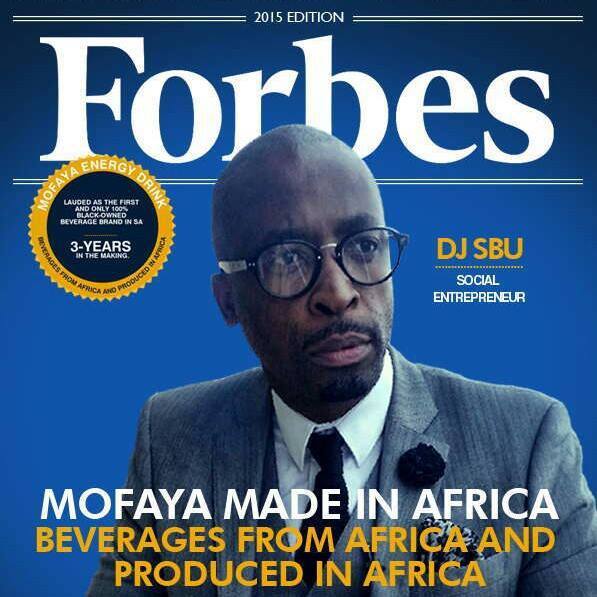 DJ Sbu from Metro FM may have thought it was funny to create his own Forbes magazine cover but the magazine’s publishers are not impressed and according to Forbes Africa Editor, Chris Bishop they are now considering legal action.

The image appears on his social media accounts. In fact at time of writing it is still on his Facebook profile and can be found on his Twitter account. On the bogus cover DJ Sbu is holding a can of his own energy drink that is manufactured here in South Africa. 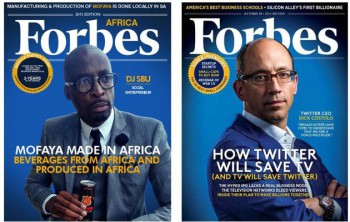 According to DJ Sbu he has featured in an article in the US edition of Forbes before and clearly does not see this latest issue as a major problem although it does seem that the storm is only just starting to brew.

The past couple of years have been rather eventful for Sbu – Last year he was arrested for speeding at 170 km/h in a 120 zone; this was for the second time. The first speeding incident was back in 2007. On that occasion he was traveling at 260 km/h in a 120 zone, in a sponsored vehicle.

He was also suspended by Metro FM recently for promoting his energy drink on air and at their awards show. The station allegedly wants him to pay for advertising for all the occasions that he promoted his product whilst hosting his show.

It seems like DJ Sbu will do anything to promote his energy drink; even contravene company policy at his employers, Metro FM or now, use the massive global publishing brand – Forbes, to gain some mileage.

No doubt this fracas, which will probably be resolved by him apologising and removing the images (we hope), will gain him a certain amount of free publicity but will it get more people buying his beverage?

What to make of it all? His rebellious side is amusing but is he just being naive or is this a clever marketing ploy?