You are here: Home / News / DJ Live coding the future of music performance?

Ever heard of DJ live coding? 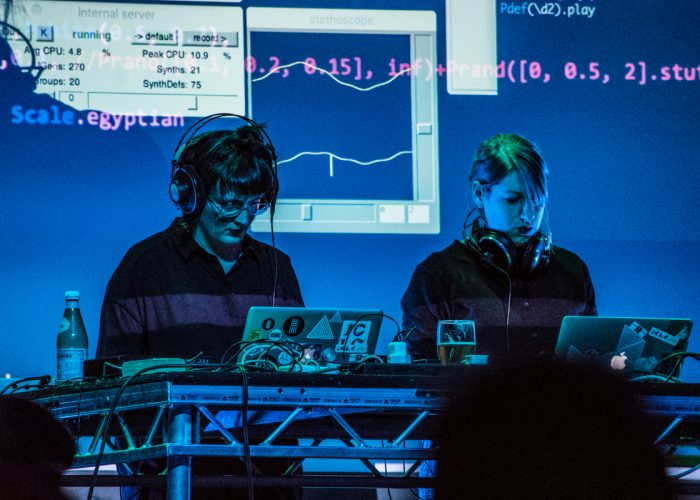 Us neither but you may in the not-too-distant future. You heard it first from us – unless, of course you’ve read the WIRED featured on this.

Future DJs may write code to construct their sets.

Most people contemplate the future, especially regarding the exponentially accelerating evolution of technology.

We are hyper aware that our lives and livelihoods are going to undergo vast changes throughout our lifetime and beyond.

In contemplating the fate of the DJ we may ponder their replacement as AI or robots or something super sci-fi, but I’d like to throw into the hat the concept of live coding DJ sets, which is already in our midst.

Meet Renick Bell, a live coding DJ whose sets are etched by code, not records; which I guess makes him more of a producer, no?

What’s projected at his show isn’t psychedelic animation or trippy visuals, its lines upon lines of code; the narrative of his set.

Man and machine in perfect harmony

How the DJ live coding concept works is the code on display controls software algorithms.

The musician/coder synthesizes individual sounds (snare hits, bass blobs) on the computer, and then instructs the software to string said sounds together based on a set of predefined rules.

The result is the fingerprint of the artist shaped solely by the algorithms; man and machine in perfect harmony.

When running the same routine a second time the song will sound familiar and contain the same elements but the composition will have a different structure; rendering each song and set totally unique.

These live coding parties, called algoraves, have been gaining popularity in the underground electronic music scene; especially in the Bay Area where Silicon Valley and DJs collide.

Is this the beginning of a new wave?

Read the Wired feature on DJ Live Coding to discover more and check out a video of Renick Bell in action below.

Future DJs may write code, but for now I’m all good with them spinning their tunes.