You are here: Home / News / Disposable tents to be banned at UK Festivals

Disposable tents to be banned at UK Festivals

More than 60 UK festivals are making the move to ban single-use tents. 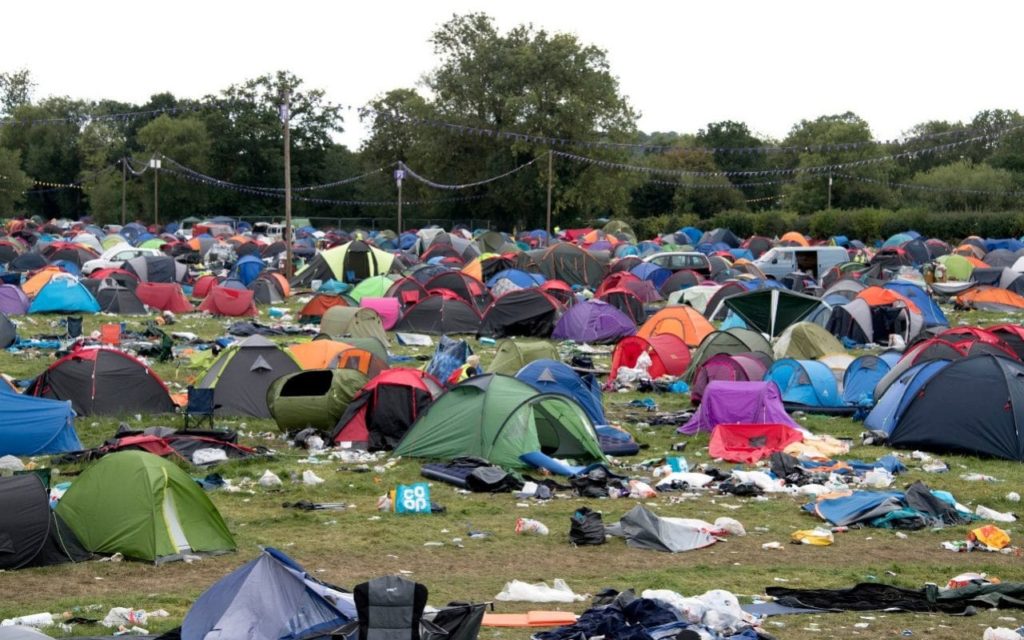 What does that even mean? Here in the 3rs world we don’t know what a disposable tent it. We use our tents until they literally fall apart, and even then, we’ll still Macgyver to use them.

In the UK, however, disposable tents are manufactured so that revelers can avoid the hassle of setting down their camp simply by leaving their tents behind; single-use tents. WTF!

This is such a trend that somewhere around 250 000 tents are abandoned at festivals in the UK every year. Where do these tents go? Well they can’t be recycled and they’re typically not re-used/upcycled (unless you’re Billygoats and Raincoats), which means these disposable tents are adding a devastating amount of plastic to landfills and our planet earth.

Luckily, festivals are becoming more conscious of their environmental impact, and so, more than 60 independent festivals are coming together to say, “NO MORE.”

The charge is being led by The Association of Independent Festivals (AIF), who are also urging festivalgoers to do their part and take their tents home and reuse them.

“We call upon major retailers to stop marketing and selling tents and other camping items as essentially single-use, and profiting from disposable culture,” the AIF’s CEO Paul Reed said. “AIF launches this campaign to raise awareness and highlight abandoned tents as part of the single-use plastics problem.

“The message here is not to buy a more expensive tent – with a single tent carrying the same amount of plastic as more than 8,700 plastic straws, festival audiences can take positive action and reduce their carbon footprint simply by taking their tent home and reusing it, ensuring that it doesn’t become a single-use item this summer.”

In my opinion, disposable tents shouldn’t even be manufactured, but it is great to see festivals taking initiative, which is something our mother earth desperately needs.

Last year UK Festivals also pledged to ban plastic glitter, another environmental disaster but the disposable tents is a massive one.