Def Jam Africa is Universal Music Group’s label dedicated to supporting the best in African hip-hop talent and culture across the continent.

They have just announced that they have now expanded into French-speaking Africa.

This makes perfect sense as Hip Hop is very popular both in France and most French-speaking nations.

Def Jam Africa launched in May 2020, as the first label dedicated to representing the best hip-hop, Afrobeats and trap talent in Africa, and follows the blueprint of the iconic Def Jam Recordings label, which has led and influenced the cutting-edge in hip-hop and urban culture for more than 35 years. 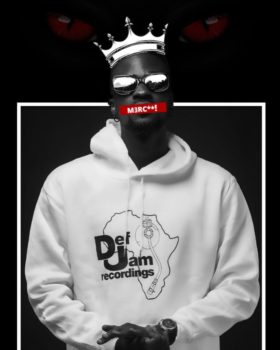 The Africa division will now have additional A&R, marketing and digital resources based within UMG’s offices in Abidjan (Côte d’Ivoire), Dakar (Senegal) and Douala (Cameroon), dedicated to discovering hip-hop talent across all French-speaking African markets and will operate under the leadership of Franck Kacou, Directeur Général, Universal Music Africa.

Kacou will work closely with Sipho Dlamini, CEO, Universal Music Sub-Saharan Africa & South Africa and Def Jam Africa teams in Johannesburg, South Africa and Lagos, Nigeria, to ensure the it continues to identify and sign the best artistic talent from across the entire continent.