You are here: Home / News / The deadmau5 Studio Video Walkthrough and Razer Tutorial

Tour the deadmau5 studio in a video walkthrough and experience a Razer music production tutorial. 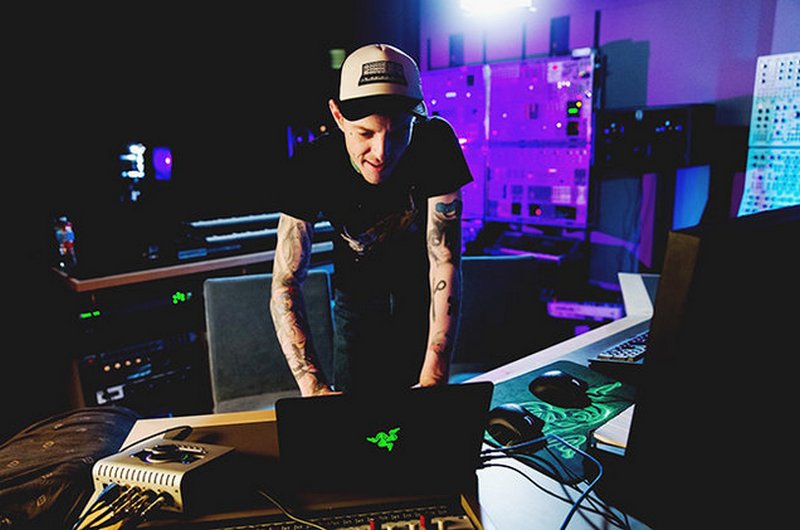 The deadmau5 studio is a newly finished music production haven for the artist which he has been putting to good use. Over the last two months he has uploaded close to twenty new projects on his Soundcloud page.

In the video walkthrough the finished deadmau5 studio is on display in all of its glory. He has put together what is being called a “gear head’s dream”. It features his Eurorack modular, ARP 2500 and a variety of Moog synths.

“Over my ten year plus career of music making, I’ve accumulated a lot of toys, gadgets, and hardware.” said deadmau5

“You shut the door in here and your ears ring, which is good. No reflections or echoes.”

The desk chair however is the original one from the bedroom basement apartment he had in Toronto. He holds on to it for seemingly superstitious and sentimental reasons.

“I feel like if I throw out the chair I’ll stop being able to do any of this stuff.” said Joel

Along with the video walkthrough in the Razer feature, deadmau5 offers a new production tutorial. Accompanied by Steve Duda, he comprehensively goes through the details behind the melody for a currently unreleased track ‘Imaginary Friends’.

What you get is a one of kind front seat to the creative process of deadmau5 himself. Duda also confirms that the video will receive an episode examining bussing and mixing techniques on the track.

Razer Music launched in October last year with an objective to provide educational tutorials for all those aspiring to become electronic music producers.

Check out the newly completed deadmau5 studio and tutorial.