You are here: Home / News / Cercle festival gets some heat from attendees

Cercle festival gets some heat from attendees

Cercle festival has been likened to Fyre Festival, but it is far from it in actuality. 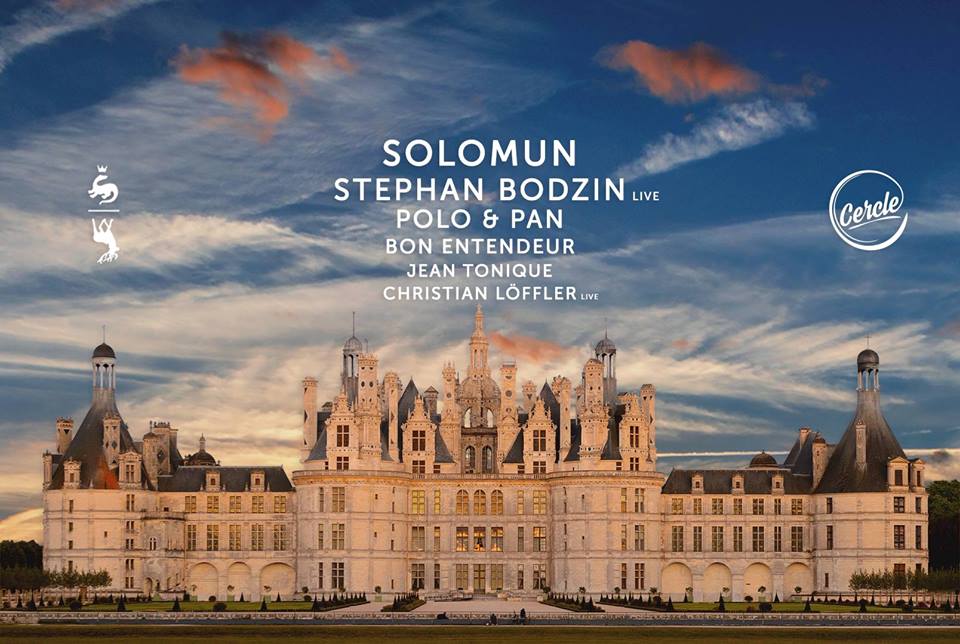 Cercle is a livestream platform that produces, films and broadcast’s DJ sets and live performances from the world’s leading artists in carefully selected and jaw-droppingly beautiful locations:

Other locations they’ve shot at includes Pão de Açúcar in Brazil, the Eiffel Tower in Paris and even an ancient temple in Armenia- it’s art at its finest.

Last weekend they flew out of the nest and hosted a festival at the magical Chateau de Chambord in France, bringing an immaculate line-up including Solomun, Stephan Bodzin, Polo & Pan and Bon Entendeur to the castle (celebrating its 500th anniversary).

What could go wrong?

Naturally Cercle festival generated a lot of hype, enticing ravers from France and beyond to attend this unique event.

BUT, as we’ve seen numerous times, throwing a festival is no walk in the park.

There’s A LOT that goes in to turn your plan into a reality and logistics is a real thing that requires planning and execution.

Unfortunately, Cercle festival didn’t go as planned (riddled with problems) and naturally attendees took to social media to complain, with some even comparing it to Fyre Festival (the new hot word for any event that isn’t 100% perfect.)

Cercle issued an apology on Facebook and an explanation: 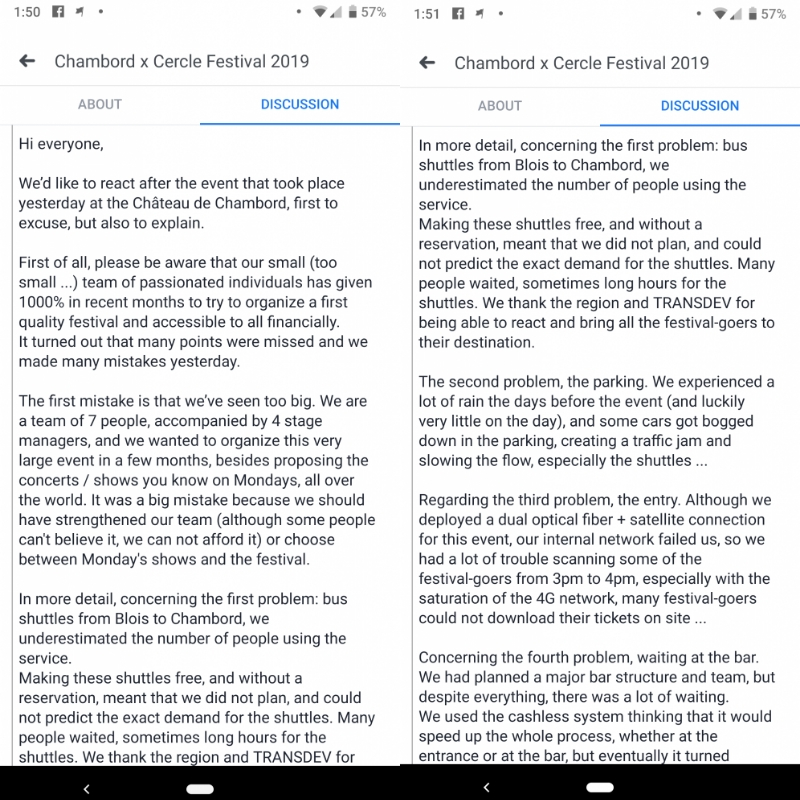 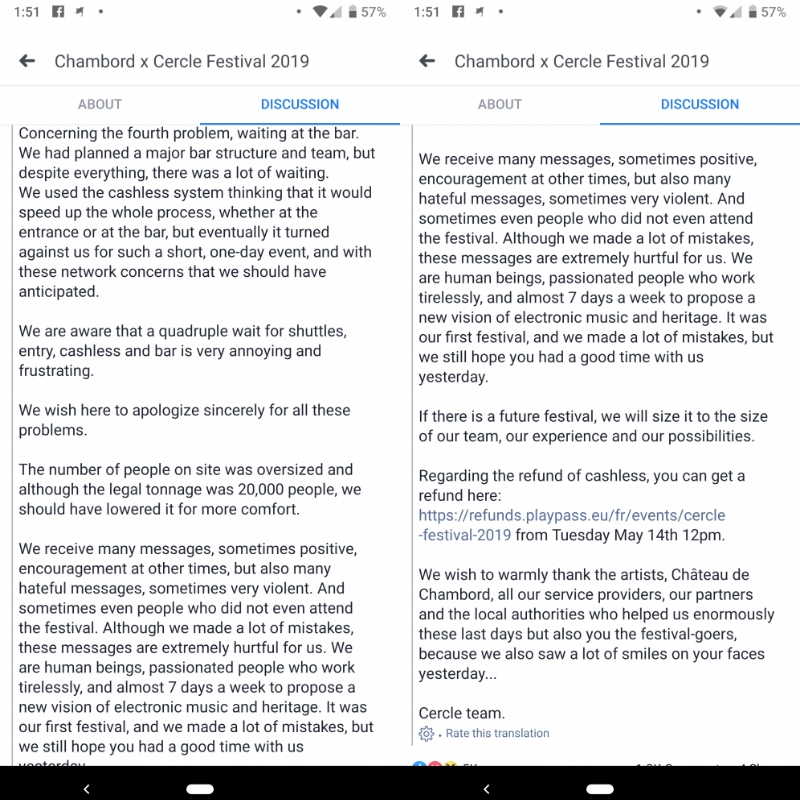 In spite of their obvious shortcomings, the people who could get in and weren’t affected by these problems had an amazing time. Solomun gave a spectacularly unique performance, which had the crowd mesmerized.

Cercle is in no way like Fyre Festival; this is a group of passionate people who have a unique vision for electronic music. This is a major learning curve for them and if applied, they have a bright future ahead.

The Cercle festival may have gone pear-shaped, but this is not the last we’ll see or hear from them- watch this space.