Cape Town Nu World Festival dates and first acts confirmed and the event is said to be offering up a taste of Africa on Mandela Day week-end during the 17th & 18th of July 2015.

It’s a two day music festival that aims to give you a unique experience that while entertaining, also inspires and educates you on a journey of musical discovery.

Simphiwe Dana is an acclaimed Xhosa singer who is loved and celebrated for her take on the soulful sounds of afro-pop, traditional, and jazz music. This year she celebrates her ten year anniversary in the music industry and has been appointed as the first ever global African ambassador for Amnesty International.

Her message is as strong as when she first started out, if not stronger. She doesn’t sway from true artistry, reflecting on African culture and identity by telling beautiful, thought provoking stories with her songs.

Other acts will includes Spoek Mathambo presents: Fantasma, Toby2shoes, Aero Manyelo and Tcheka (Cape Verde) in collaboration with Derek Gripper. More artists and exclusive collaborations will be announced in the weeks to come.

‘Wild & Wise’ will be the theme for this year’s festival. This interesting juxtaposition of old & new, of the knowing & naïve, will bring some exciting collaborations; pairing local music legends with fresh, up-and-coming artists.

The festival will also host a number of TED-style talks and a yet to be revealed programme of workshops & fringe events set to take place all over the city. 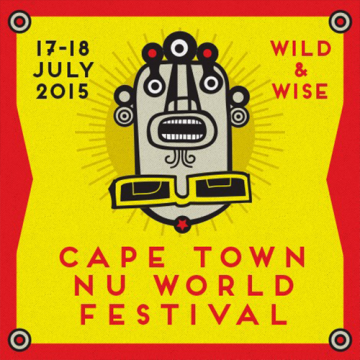