The early bird full weekend passes for this brilliant festival are now available. The Cape Town Electronic Music Festival 2016 will be taking place at Cape Town’s City Hall from the 5th to the 7th of February 2016.

You will get to experience world class production and sound over two to three stages. The line-ups will be made up of heavy hitting electronic music artists both locally and internationally.

The festival acts as a coming-together of the various niche electronic music scenes in the city. As a festival goer you will be submersed in the finest that is on offer locally and also get the opportunity to sample the sounds of international artists.

All of this will happen at the historic City Hall building which ultimately lends itself to the cultural relevance of CTEMF.

The Cape Town Electronic Music Festival 2016 will be the fifth annual CTEMF Festival. Its reputation has grown as one of the most progressive and relevant music festivals on the continent. 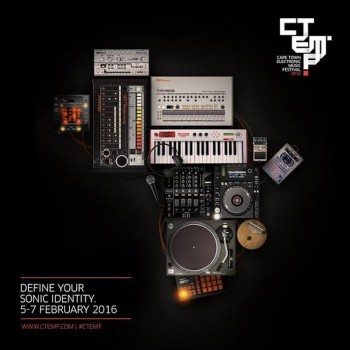 Every year the festival is complimented by a three day inclusive workshop programme. The workshops focus on the various sectors of the ever growing electronic music industry.