You are here: Home / News / Burning Man Festival may be walled in by the US government

Burning Man Festival may be walled in by the US government

The US government wants to build a wall around Burning Man Festival. 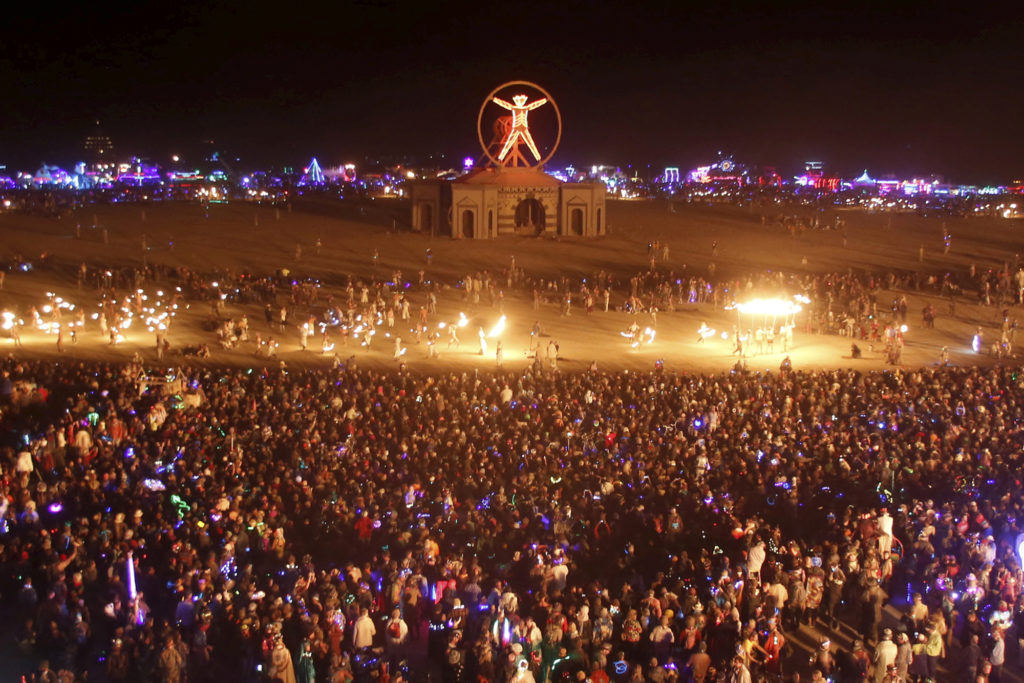 It seems the Trump administration is on a wall-building mission! The Nevada branch of the Bureau of Land Management (BLM) sent Burning Man a 372-page proposal that reviews the environmental impact and sets out to ensure public health and safety on public lands such as Black Rock City.

You see, Burning Man recently filed for a new 10-year permit with a maximum event population of 100 000 people, which would give the festival occupancy of Black Rock City until 2028.

Now while the government has a window to change the permit requirements, they want to build a wall around it!

Taken from Alternative A of the proposal:

Another ‘recommendation’ from the BLM is for Burning Man to pay for maintenance of County Road 34, the public road that should be maintained by the government…

Their most serious concern, however, is “the federal government replacing, overseeing, or managing areas of Black Rock City’s operations that have been successfully built and managed for decades with expert, dedicated staff and thousands of volunteers”

Burning Man replied to the proposal with a statement saying these changes are “in direct conflict with the Burning Man community’s core principles” and “would forever negatively change the fabric of the Burning Man event, if not outright kill it”.

Burning Man and its community have always adopted a “leave no trace” ethos and have worked closely with the Nevada community to ensure the growth and prosperity of all, “bringing $70 million into the Northern Nevada economy each year.”

“Burning Man’s latest cost estimates for BLM’s recommended “mitigations” and “monitoring” would amount to nearly $20 million per year, which would cause ticket prices to increase by approximately $286 per person and severely impact the Burning Man organization,” the statement reads.

Let your voice be heard and save Burning Man Festival as we know it by commenting on BLM’s proposal.