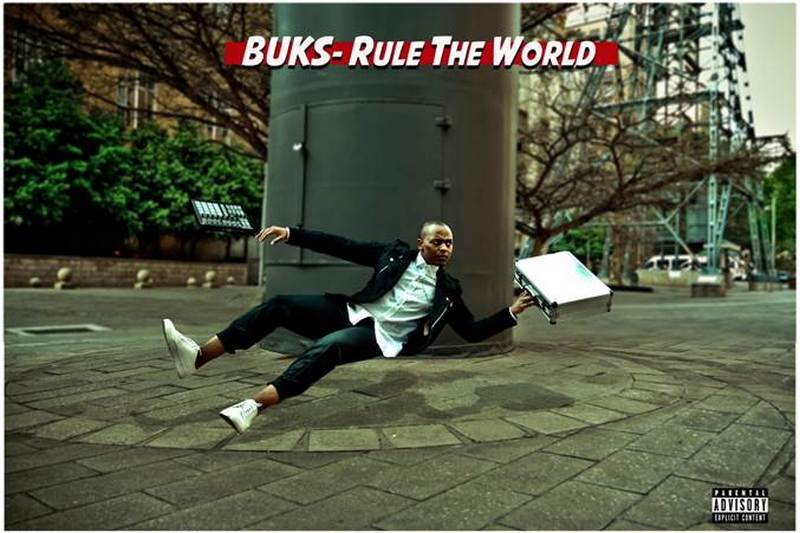 BUKS Rule The World is his latest release, the artist and producer is back with a new track that he hopes will stir up the local music scene. The title of the new single is therefore aptly known as BUKS Rule The World.

The new track was produced with the idea to showcase his level of production and lyrical skills. The track centres on his respect and affection for the music industry and those that came before him. BUKS Rule The World has a classic hip hop flow infused alongside a timeless dance & kwaito beat. He has poured his heart and soul into this release and surely wants you take that away when you listen to it.

BUKS has not only tried to show off his lyrical and production skills and talents with this one for his fans both old and new, but he has also shown up with a sultry singing voice. He puts this on display on the hook of the track ‘Rule The World’.

“As with every song that I put out I want it to sound uniquely ‘me’ and say something meaningful. Also to show that there are many different places we can take hip hop music in this day and age. I chose this single because it appeals to quite a number of different people and is quite unapologetic on my behalf. I’m saying the things I want to say and need to say. Still feeling like the underdog as the love is not all the way there yet to ‘Rule The World’.” Says Buks about his new release.

Stream and download BUKS Rule The World and tell us what you think.