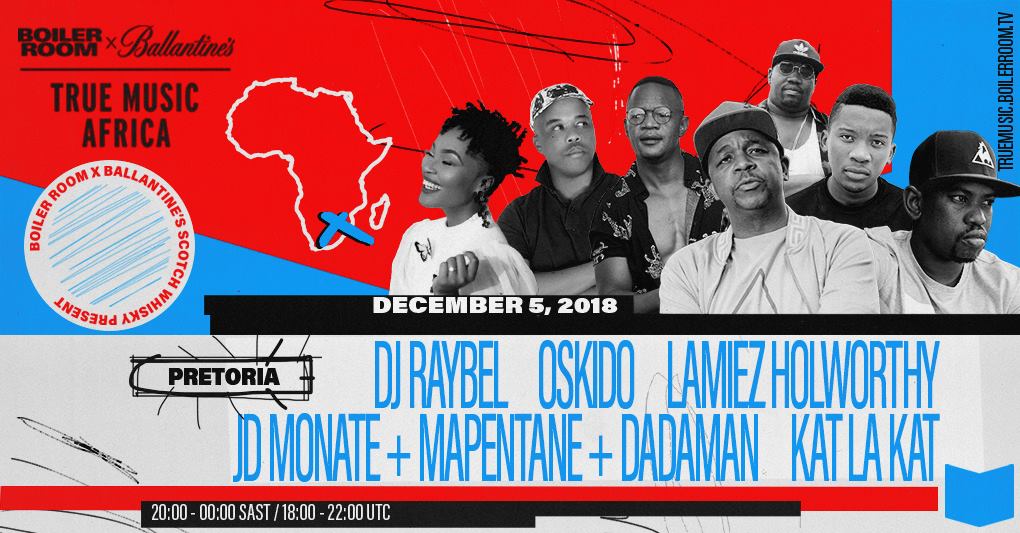 Following the success of the previous shows in Cape Town and Johannesburg, as well as Douala and Nairobi it’s evident that True Music Africa is alive and thriving so it’s no surprise that they’re adding Pretoria to one of the stops along with a very special keynote speaker.

Unearthing underground talent, True Music aims to thrust onto the main stage the pioneering, self-starting talent and give them a platform to not only share their musical gifts but also to share their stories and experiences of their local music scene via a compelling documentary series.

Being Boiler Room, the performances are broadcast to an audience of more than 15 million people around the world, eager to experience True Music.

True Music Africa makes its inaugural stop in Pretoria on December 5, 2018 at a secret location and will feature the finest roster of House maestros guiding through the evening.

Joining him on the roster is DJ Raybel, JD Monate + Mapentane + Dadaman, Kat La Kat and Lamiez Holworthy who will have you mesmerised by world-class music.

Ballantine’s Head of Music, Tom Elton, said of the project:

“We’re happy to be returning to one of our favourite countries for yet another show. It’s extra exciting for us and Boiler Room as it’s the first time we’ve done a show in Pretoria, a city with a really rich and diverse music scene that fuses some of  the  best  of  South  Africa’s  past,  present  and future, and we’re really pleased to be shining a light on more of the country’s house music talent.”