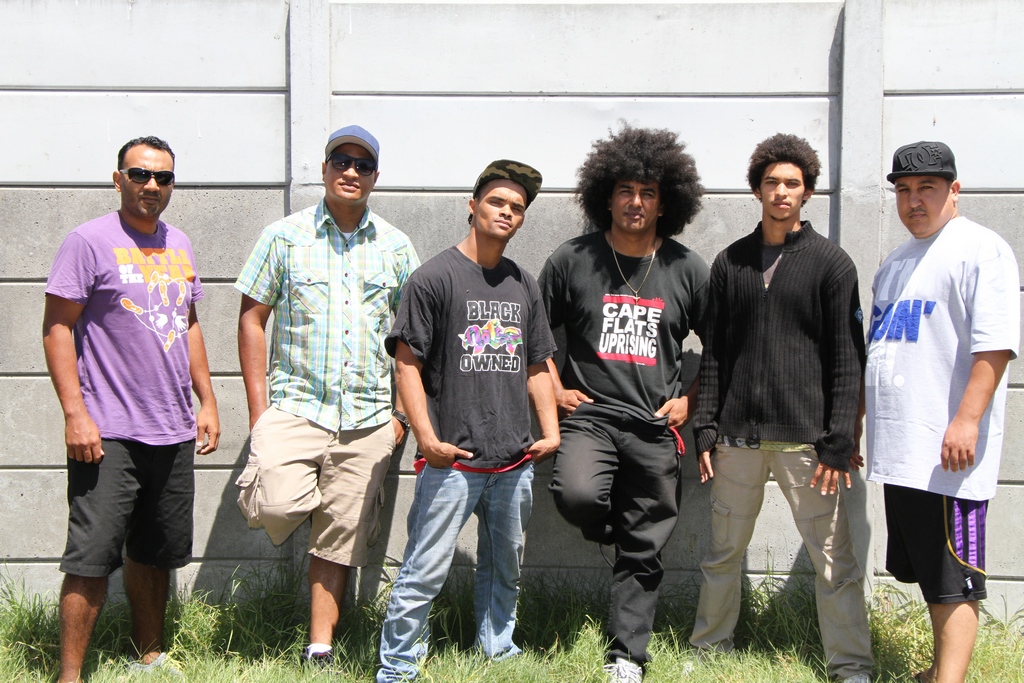 Black Noise hip hop Group’s 27th anniversary will be celebrated with a brand new single titled ‘Heartbeat’ out on Native Rhythm Records. A performance and hip hop event will coincide with the release at Jolly Carp Organic Market on the 7th of February 2015.

The release of Heartbeat, aka “Clap” has Emile YX? singing in Khoekhoegowab (Nama). It sees the group mixing hip-hop with local sounds such as Klopse or Goema, Khoi and San indigenous sounds and chants, including authentic gumboot and dance rhythms.

It is with regards to the strong hold of the Black Noise history that each anniversary is celebrated with aspects of all things Hip Hop. This includes dance battles, talks and workshops, old school throw downs, and of course crowd riveting and inspiring performances.

This year Emile YX? will be hosting a talk on the art of self-sustainability as an artist in Cape Town, South Africa that will start at 4PM. The dance battle will follow after that and will run until midnight. At midnight, the Black Noise hip hop group will perform the new single, ‘Heartbeat’.

Access to this great event will only cost you R 50. Food will be on sale and you’ll be able to braai as well, so get there early and bring along your own wood if you are keen.

Black Noise has since its inception showed no signs of slowing down or loss of love and passion for the local Hip Hop scene. The commitment in itself is to be admired as is the impact they have.

The Black Noise Hip Hop Group will also release a five track EP with Native Rhythm Records out this year too.