You are here: Home / News / Black Coffee’s Music is King concert announces first wave of the line up

Music is King in all respects. 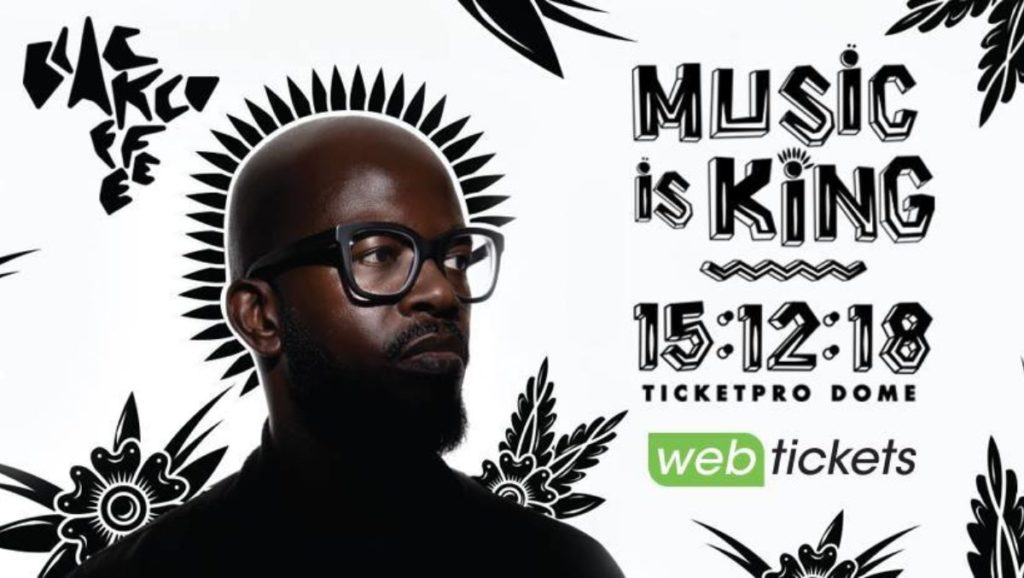 In September we reported on a concert organised by Black Coffee, set to take place at the Ticketpro Dome in Joburg on the 15th of December.

I mean, what could be better than a concert organised by the king of house in collaboration with U-Live Africa (a division of Universal Music Group)?

Now things have got heated up a bit as they announce the first wave of the line-up, which includes headliners: 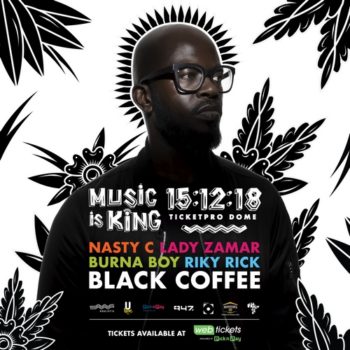 SA hiphop giants Riky Rick and Nasty C will share the stage with Nigerian heavy hitter Burna Boy and South Africa’s sweetheart Lady Zamar. Black Coffee is planning a set which has never been seen before which will feature a long list of special guest performers and friends.

Award-winning Nigerian born Dancehall / Reggae superstar Burna Boy is also on the bill. He is currently on tour in the UK, so be prepared for a special set geared to showcase how regal music can be.

A word from Black Coffee: “Having dreamt of Music Is King for so long, it’s great to see it finally come alive. I have had an intense, yet amazing year supported largely by my fans here at home. And what better way to celebrate than right here in Joburg over the festive period with my people. Right now, my team and I are working on an insane production with an even crazier line-up featuring some of my industry friends. It’s gonna be one wild Musical night to end off the year”.

Tickets to Music is King start from R350 and is available now at webtickets.co.za.