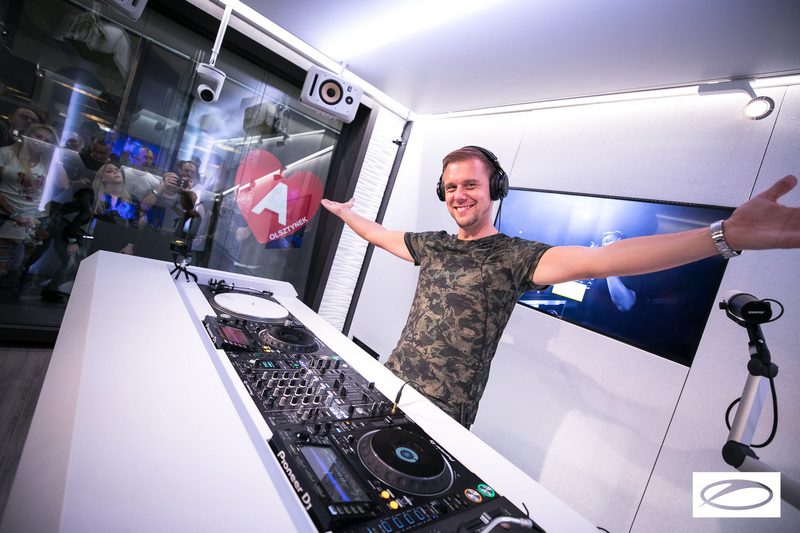 Armin has just become the first electronic producer to delve into this Christmassy tradition.

He has reworked his summer single ‘Summer days’ into a Christmas format, with the help of the original vocalist, Josh Cumbee.

“A DJ releasing a Christmas carol is not something that easily comes to mind, but when I listened to ‘Sunny Days’ afterwards, I discovered that the lyrics do have some of that Christmas magic going for them.”

But if you, like me, expected a trancey Christmas tune, you will be disappointed.

It’s not very catchy and doesn’t have the ‘Jingle Bells’ euphoria we are all accustomed to.

Jingles all the way

I guess we won’t have a ravey Christmas after all.

In other Armin news, the Dutch star along with his Armada Music have launched its own video platform, titled ‘Your Armada.’

The platform will be accessible to fans via desktop or an app and promises live sets from the Armada office as well as exclusive video content.

The platform will also offer tutorials and demo drops episodes from its artists.

Your Armada comes in 2 tiers, including a subscription-based “super fans” tier, which will be free for the first month alongside the chance to win tickets or Armada merchandise.

It seems like Armin is tapping into all the markets as he recently also announce his plan to teach dance music on the tutorial of the stars platform, ‘Maserclass.’

With his hands in all these pies, it’s bound to be a very Merry Christmas for Armin Van Buuren.