You are here: Home / News / Apple Music Software needs to be worked on and improved

Apple Music Software needs to be worked on and improved

Apple Music Software needs to be worked on and improved, according to the iTunes vice president, Oliver Schusser.

Apple Music made its debut in June this year and it has since been criticised for its user interface and the bugs affecting individual iTunes libraries.

“There’s a lot of work going into making the product better. Our focus is on editorial and playlists, and obviously we have teams all around the world working on that, but we’re also adding features and cleaning up certain things. Apple Music Connect is growing big-time with more and more artists connecting to their fans, but we still have a bit of homework to be done for the rest of the year” Oliver Schusser

He also responds to criticisms about the Apple Music Software corrupted libraries and unintuitive interfaces. 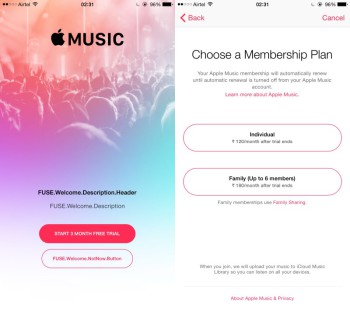 “The product is always our priority, and we are getting a lot of feedback. Remember, this was a very big launch in 110 markets instantly, so we get a ton of feedback. We’re obviously trying to make it better every day.” Said Schusser

Apple Music Software will also be launched for Android devices, and even though they are running into problems they promise to have it all worked out soon.

Early on in August, Apple let it be known that eleven million had signed up for the three month free trial. The trial began on the 30th of June and will end at the end of this month.

If those using the free trial wish to carry on with the service, they will be paying a minimum of $9.99 per month.

They are also working on a new ad campaign in order to reel in more free trial users. Their annual September music festival in London has also been renamed the Apple Music Festival.

“Streaming still needs a lot of education in the market. We have more of a worldwide view: the UK is a little more educated than other markets, but nothing like the places where streaming is already the number one way to consume music.” said Oliver Schusser