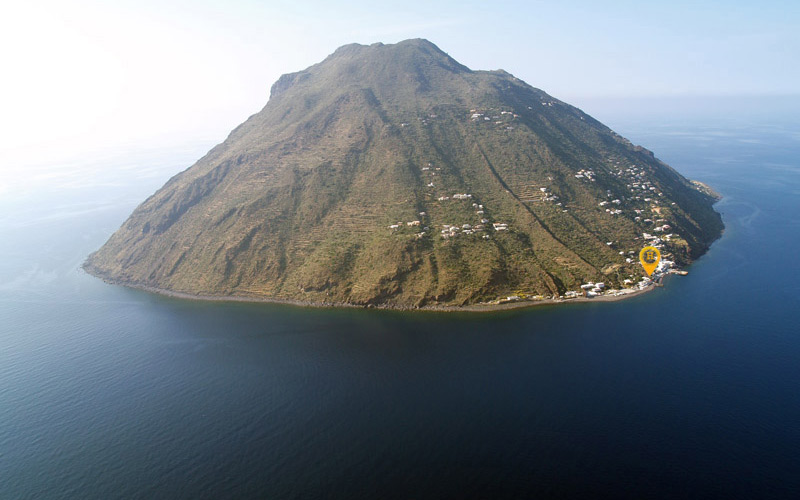 Nestled in the Sicilian isles, lies an island with a rich history of isolation, magic and escapism.

Alicudi is barren of roads, ATM’s, cars or anything modern, yet is laced with thousands (4444) of stairs lit up by the night sky and a few residents.

But this is no ordinary island.

Since the settlers arrived in the 1600’s and up until the 1950’s, residents have been tripping daily on hallucinogenic bread made by local housewives.

The bread was contaminated by a rye fungus called ‘Ergot,” which happens to be the main ingredient of LSD, as Swiss Scientist Albert Hoffman discovered centuries later.

But you see, because EVERYONE in the village ate the bread, tripping became their ‘normal’.

Imagine being in the 1600’s with no internet or ‘information’ and everyone, including kids, are constantly tripping (as are you)? Would you be aware that you are experiencing something out of the ordinary?

They didn’t eat this bread because they enjoyed ‘tripping,’ they ate it because there was nothing else to eat and ‘throwing away moldy bread’ wasn’t an option for such an isolated and desolate island.

This led to mass hallucinations, hysteria, hypnosis and autosuggestion.

If you are looking for legends, this is the mecca of material.

One such legend surrounds “flying women known as “Maiara,” which translates to “sorceress” in Aeolian dialect who would cover their bodies with a special ointment, allowing them to fly out into the night.

These maiara are a big deal in Alicudi, experienced by many villagers- mass hallucination?

Other tales include talking hemp sacks, ghosts defecating behind shrubs and men being turned into various animals.
Tripping 24/7 can lead to interesting ‘driveway’ conversations with neighbours.

Getting to the island is no easy feat, requiring many connecting boat rides and the trek up the 4444 stairs.

For the villagers living in the harsh island conditions, Ergot bread took them to more favourable dimensions within their minds.

Read more about Italy’s Ergot Island in this BBC article.