The Africa Day Concert will be taking place on the 28th of May in Newtown at Bassline in Joburg. The event is all about bringing together some of Africa’s most talented acts for one celebratory concert.

This will be twelfth year that the concert will take place at Bassline and it will feature a strong theme of female empowerment.

The Africa Day Concert acknowledges the establishment of the Organisation of African Unity back in May 1963. The concept behind the African Unity organization was to connect African nations by providing a support mechanism for liberation movements of colonized African nations.

In more modern times Africa Day celebrates African heritage in all of its diversity. The Africa Day Concert showcases the history of our continent and culture through the arts.

“SABC2 has in recent years adopted 6 pillars which include World Exposure and our association with the annual Africa Day concert proves our commitment to reaching out to not only South Africans but the continent as a whole.” Said SABC2 Channel Head Gerhard Pretorius

The official theme for the event is 2016 Africa Month Celebration. The first African Month Celebration took place last year and it is back with a triumphant return. According to a statement…

“Africa Month celebration is aimed to highlight Africa Day as the founding of the organization of African Unity, now African Union, and its aim to decolonize our continent from alien rule and oppression in general.”

On the line up you will find: 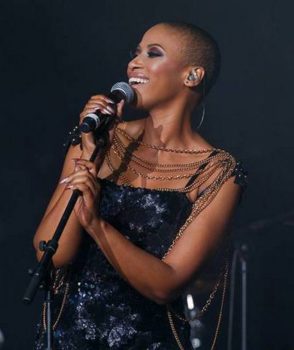 A multi-award winning singer and songwriter, Zonke Dikana’s sound is described as pure soul.  With an outstanding voice and stage presence, she has become one of South Africa’s biggest Afro-pop and soul artists – selling out venues, gracing magazine covers and riding radio charts high with not only her own smash hits, but also the hits she has written for other superstars such as Tshepo Tshola, Theo Kgosinkwe, Winnie Khumalo and many others.  Having dominated in the male-oriented world of producing and songwriting, Zonkwe is ne of the countries strongest female forces.

Oliver Mtukudzi is a Zimbabwean musician, businessman, philanthropist, human rights activist and UNICEF ambassador for the Southern African region.  He is considered Zimbabwe’s most renowned and internationally recognized cultural icon of all time.  He began recording music in the late 1970’s and with over 60 albums to his name, is still one of the best-selling musical exports from the territory.  Africa Day would not be complete without this legend on the line-up.

Songhoy Blues is an exciting ‘desert punk/blues’ band from Timbuktu in Mali.  The members of the band got together after all having been exiled from their homes during civil conflict and the imposition of Sharia Law.  Their debut album ‘Music In Exile’ was released last year on Atlantic Records in North America and the group has become one of the principle subjects of the documentary film They Will Have to Kill Us First.  Incredible emotive and revolutionary music at its finest

Waje is a Nigerian superstar who as a singer, has the vocal range of three octaves, but as a humanitarian has achieved so much more.  Her love for humanity led her to study social work at the University of Nigeria and despite becoming a massive singing sensation since, has not abandoned her dreams of making the world a better place.  From her first hit in 2008, she has shared the stage with countless international stars and is now an actress too.  Waje also works with a Mental and Environmental Development Initiative and helps to educate the less privileged by selling her singles through ring tones and donating the money.  Beautiful, talented and a megastar with a huge heart, Waje is being brought out by Content Connect Africa.

An Afro-Pop/Neo-Soul artist that is shining brightly in South Africa now, Maleh is no stranger to the Bassline stage.  Her performances are filled with a sensuality and creativity that is unique to her.  A strong songwriter from Lesotho, Maleh has carved a name for herself through hard work, relentless touring and a vocal prowess that has garnered her fans across the continent.  One of her strongest characteristics is her incorporation of cultural roots into her urban vibe. 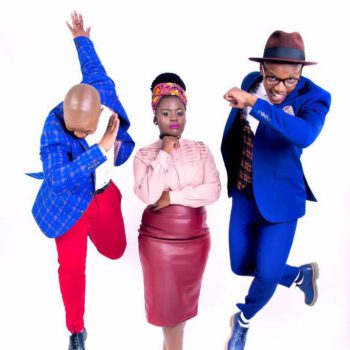 The Soil is one of the longest standing and hippest young acapella groups from South Africa.  With almost 12 years under their belt, they are without a doubt one of the best vocal talents around.  Having just replaced their longstanding lead female singer Buhle Mda with Theo Songstress Matshoba, the group has wasted no time getting out there and wowing audiences with their original material and selection of awesome covers.

Nakhane Toure is one of South Africa’s most watched young stars.  After his award winning success of his debut album, he took time off to write a novel which has gone on to be one of the most critically acclaimed books in SA literary culture.  Nakhane is in the process of writing his second album but has just enjoyed chart-topping success with his duet with Black Coffee entitled ‘We Dance’, while he continues to perform around the country.  An intellectual in his approach to all things, he is an introspective songwriter that has created a strong following of like-minded fans.

Maya Kamati is one of Reunions most beloved and celebrated artists.  As a true reflection of all that encompasses ‘world music’, Maya will be performing with a full band in her native French language to the richly diverse audience at Africa Day.

Vaudou Game is an exceptionally fresh, retro-inspired groove-based funk band from Togo.  Known for their incredible retro fashion sense and an all out hard funk style, the group has been received with great acclaim across Europe as they rock out to styles similar to that of James Brown, Wilson Picket and other Afro-funk influence.  The lead singer is often compared to an African Iggy Pop for his outrageous costumes and energetic performances.  Truly one of the freshest acts in Africa right now, Vadou Game is brought out by The French Institute and Alliance Francais. 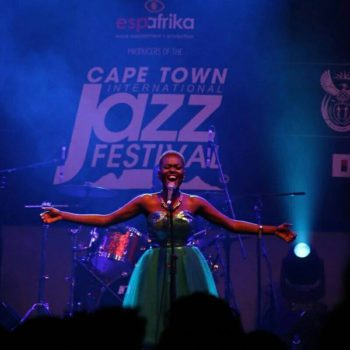 Birdie is joining a new breed of soul musicians that are putting their modern spin on the classic sound, and doing it justice.  Her voice evokes raw, organic emotion that penetrates deep.  She’s a fresh new talent from Johannesburg and is making great waves on the live scene.

Hagar Samir is a singer, composer and poet.  Born in Jerusalem and a graduate from the Jerusalem Academy of Music and Dance, Samir comes from an Egyptian background and specialized in Israeli folk music.  World music at its finest, brought to you by the Isreali Embassy.