Best of all, the Zurich Street Parade is free of charge. 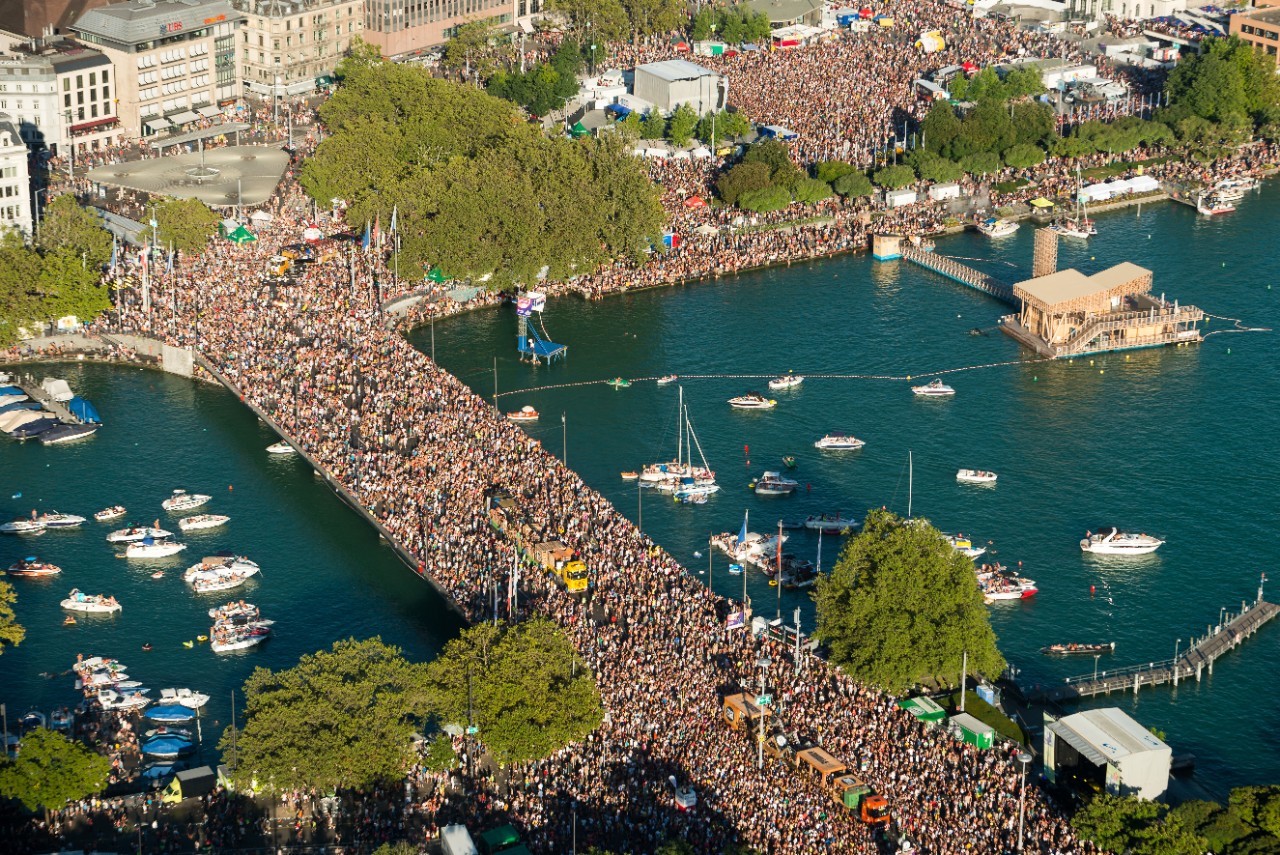 When thinking of electronic music festivals one’s mind usually springs to the likes of EDC in Las Vegas or Tomorrowland in Belgium but the annual Street Parade in Zurich actually dwarfs both festivals, regularly drawing in upwards of a million attendees each year.

In fact, Street Parade has become the most attended dance music event in the world, with this year’s edition bringing in 850,000 attendees for 24 hours of pure techno- and it’s free of charge.

The Parade featured 28 love mobiles along the lakeside on the north end of Lake Zurich and eight stages hosting over 200 DJ’s including Emelie Lens, John Digweed, Dubfire and Eric Morillo- all who played for free.

The event has grown a long way since it’s humble beginnings as ‘Love Parade’ in 1992 when around 1,000 ravers turned up to an event that boasted only two “love mobiles” (floats that carry sound systems).

Diverse electronic music styles including House, Drum’n’Bass and Dubstep, have also set foot on the scene in addition to Trance and Techno.

After the official Street Parade, ravers can move to night clubs in the area for after parties including the legendary “Lethargy” which is celebrated in the Roten Fabrik.

The Street Parade costs around 2 million francs to be organized, with costs covered through sponsoring, drinks sales and rental of space for stalls.

The event is in no way subsidized by the City of Zurich, but rather organized by a non-profit association.