You are here: Home / Featured / Zodiac Events, the who, what and why (Win tickets)

Zodiac Events, the who, what and why (Win Tickets)

Team members of ZODIAC will remember 2019 as the year their hard work paid off. 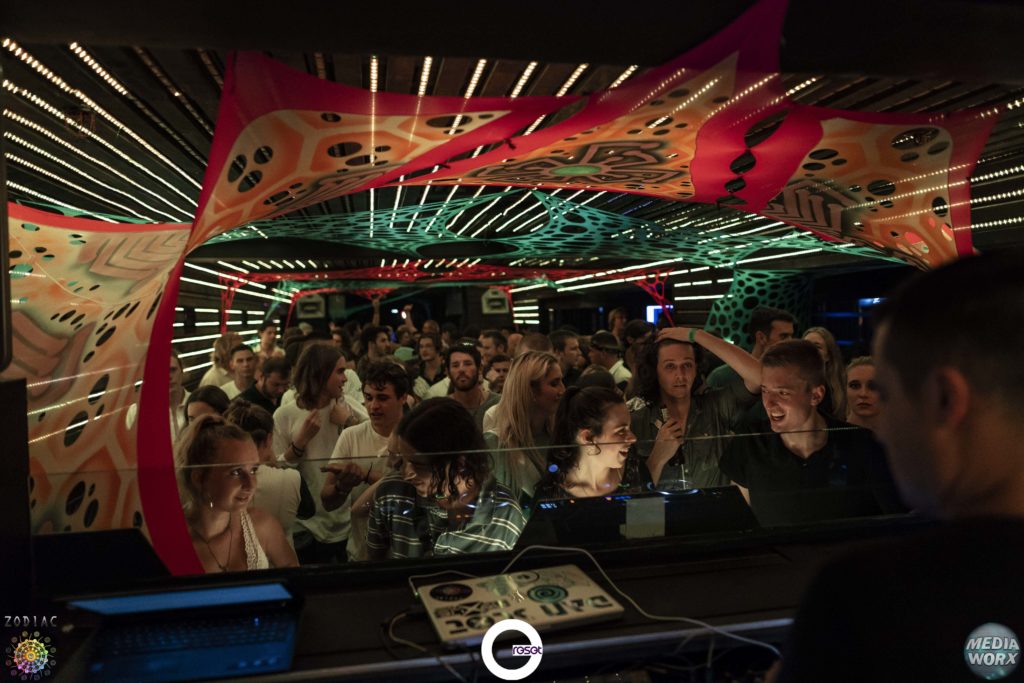 Celebrating their first anniversary in March this year, it seems that their birthday party sparked an upward trajectory that has firmly placed ZODIAC as one of Cape Town’s premier monthly indoor psytrance events.

Each part since then has been sold out or near-to sold out!

But what’s their secret and where to from here?

We chatted to the team to find out more…

We want each of our events to be a showcase and not just another night out.”

Whose brainchild was Zodiac? 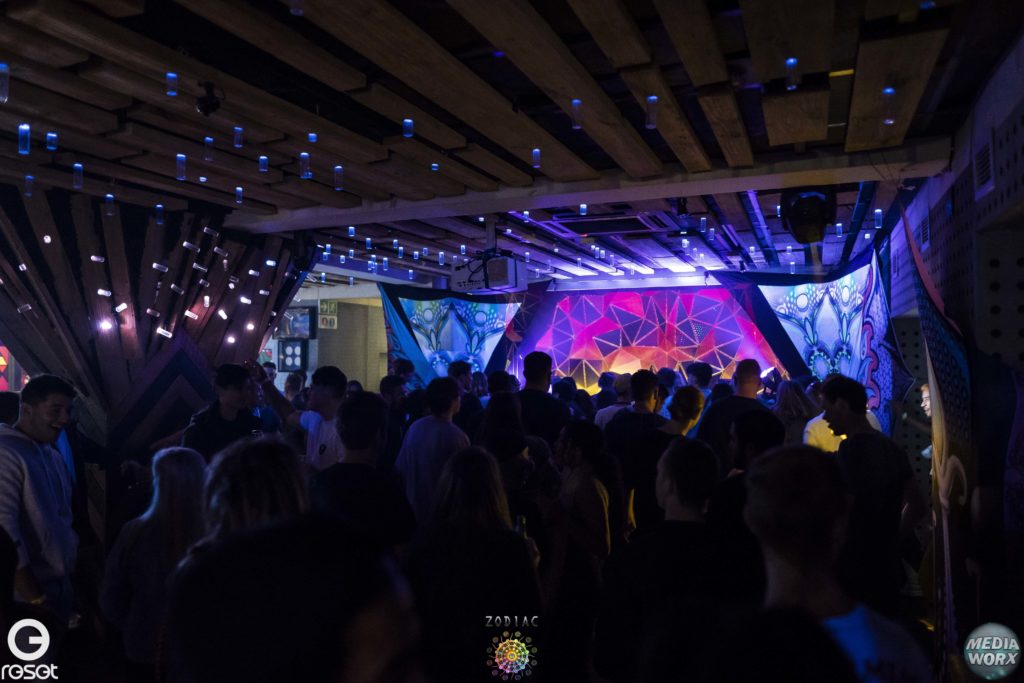 ZODIAC: Before Zodiac existed we had approached Reset to host our Producer Series events under the production name of OMNI.

At the time these events were highly specialised and too infrequent to be a viable long-term option, so an amazing monthly event was needed.

Hence Zodiac was born, with the three partners/friends Craig Boltman, Andre Muller and Keenan Myburgh running it for the first few months.

Sadly, Keenan left for the Middle East due to work leaving us with no choice but to bring in another partner. We had a meeting to discuss a few names and finally decided on Dan Knoesen.

Zodiac celebrated its first-year anniversary in March – a successful year of producing a top-quality monthly event – what’s the biggest lesson learnt from then till now?

ZODIAC: The biggest lesson was concentrating on one particular drawcard; whether it be line-up, entrance fee, drink prices and then focus on what we think Cape Town wanted, and then to stick to your guns if you have a good thing going.

How to know if you have a good thing going is a matter entirely on its own, and although we have burnt our fingers on this journey, we have also definitely learnt from it yes, integrating those lessons into our way of working.

One year later and we now look at each event and its entirety as a whole from making sure we have the best line-up, top quality production and most importantly, at the most affordable price.

We want each of our events to be a showcase and not just another night out.

It’s always a bit risky booking an international headliner for an indoor psytrance event – is this something you will only do if the opportunity arises or are you always on the lookout to include this?

ZODIAC: We would say a bit of both.

We love being able to bring international talent from abroad but also as you say it is risky for an indoor event as sometimes it’s just not viable and we have to bear in mind that we need our night to be affordable to our following.

We have had some really great internationals acts already and definitely not about to stop now.

July, August and November we are very excited with the acts we have confirmed.

Our biggest mission is to keep the standard high, keeping it affordable at probably one of the best clubs Cape Town has on offer.”

Reset is an amazing and sometimes undervalued venue – but you guys have really made it home and been one of the few promoters to succeed long term. What’s your secret? 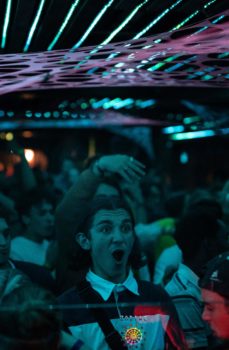 A magician never shares his tricks.

Our biggest mission is to keep the standard high, keeping it affordable at probably one of the best clubs Cape Town has on offer.

But most importantly have our followers’ interests as a first priority, and the venue has been an incredible partner in this entire endeavour right from the beginning.

Media Worx have been your media partners from the get-go ensuring that every event is followed up with party photos and a short after-movie. This must seem like an awesome decision made from the outset.

ZODIAC: Before we had starting using Allen for Zodiac, he did some promo videos on the side for some of the Kaos Krew Records artists and some others, so we had a connection to some of these artists, allowing us to see his work and vision.

It was clear from that time that this would be a great way to market our events, a fresh approach from the usual “Insert Bio Text, cool fractal picture” approach many take on social media platforms.

Media Worx has to be one of the most efficient and absolute pleasure to work with companies, delivering quality work time and time again.

In a day and age of social media at an absolute high, and people demanding more and more engaging and interesting content, we want all of our party-goers to be able to look back at photos/videos of them having an absolute blast!

Media Worx has a skill set that captures just that. We very happy to have Allen onboard with our team.

You missed July last year and February this year – care to elaborate as to why you skipped these?

ZODIAC: Cape Town is a very small town in the event game.

We do our best not to host events on the same nights as similar indoor or outdoor events.

Reset, our home, has a very busy calendar as well, so there had been times where it has proven tricky to host a Zodiac event resulting in a team decision to rather postpone.

Our biggest mission is to keep the standard high, keeping it affordable at probably one of the best clubs Cape Town has on offer.”

Zodiac has featured a veritable who’s who of the psytrance DJ/artist community – is it important to support the artists and try and give most of the pros a gig during the course of a year? 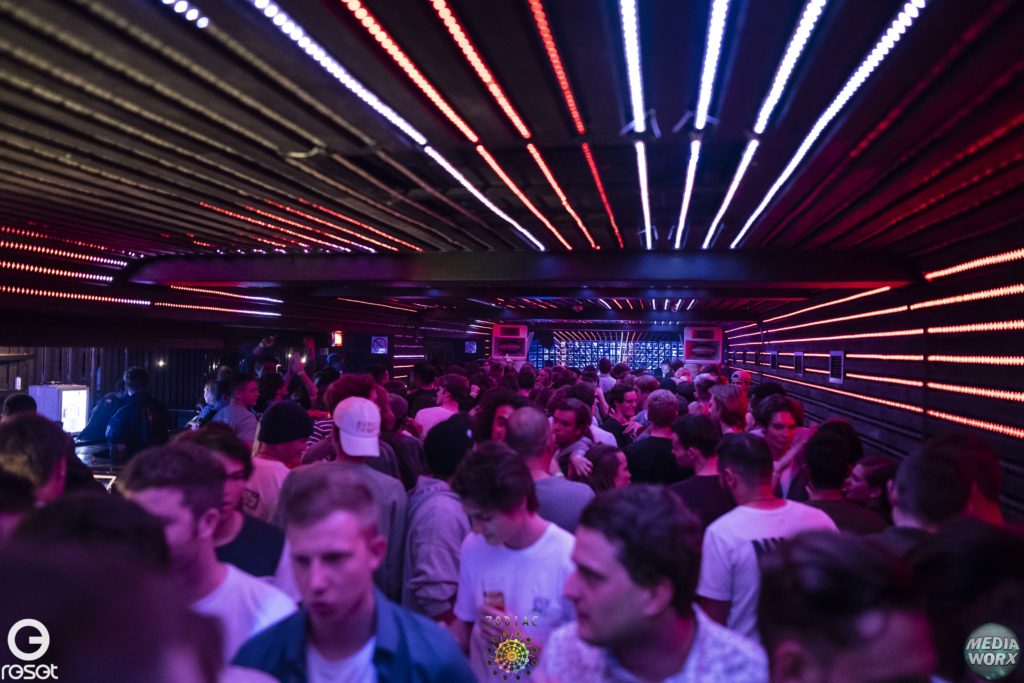 We have a rule to only have the best artists play on our stages.

This doesn’t mean that we will only be interested in the pros as we are all about growing our scene as well. What we want are the best artists no matter how big or small or even where they have or have not played.

If they have a great skill set and potential you can rest assured we will book them.

Which event has been the maddest one to date so far?

ZODIAC: Our most recent one on 8 June by a country mile. 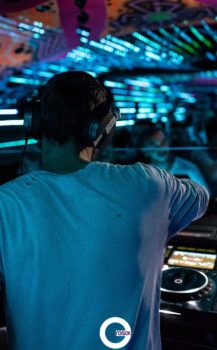 It was a sold-out event and we had to close the doors.

At first we thought our birthday event in March was it, but we were proven wrong in April with that one blowing our minds and then hands down the June event by far has been the most epic and not just because of turnout but every artist brought their A Game.

The décor, the atmosphere and not one report of an incident whatsoever!  At the moment each one just seems to get better…

The support that we have received thus far has been amazing and we promise all our followers that we will continue to raise the bar and deliver top shelf events!”

Cape Town is blessed with a few clubs boasting kickass sound nowadays. What makes Reset’s Funktion One so special? 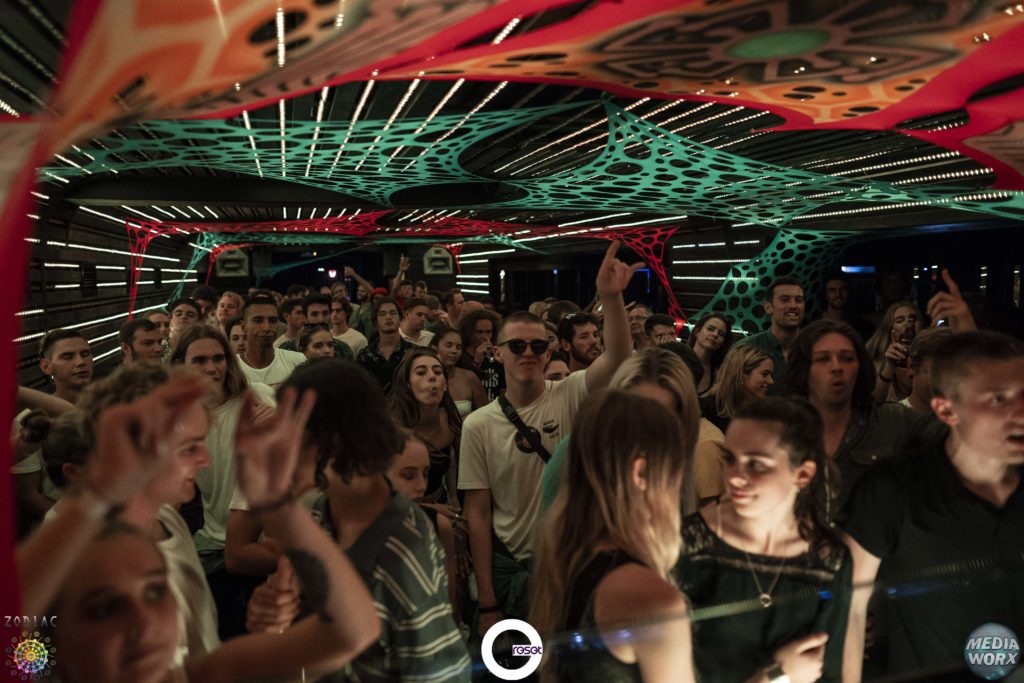 ZODIAC: Resets Funktion One is a sound system designed by Tony Andrews and is used at most indoor/outdoor events across the world.

It is a perfectly tuned/managed sound system from the ground up.

So, it’s not just the bass bins or the tops that are Funktion One it’s the amps and management systems as well.

That’s not the only reason though why you can expect such great sound.

Reset has super thick sound insulation installed in the walls/ceilings and flooring giving the club acoustic treatment, almost the same that you would expect when entering a recording studio.

Tony himself came down to the club’s grand opening before it was Reset, known then as ERA, to give his stamp of approval on the amazing world class sound system.

In July you feature another international guest, Shock Therapy from Expo Records.  He’s a pretty hotshot up-and-coming producer but relatively unknown in the bigger scheme of things. Tell us more… 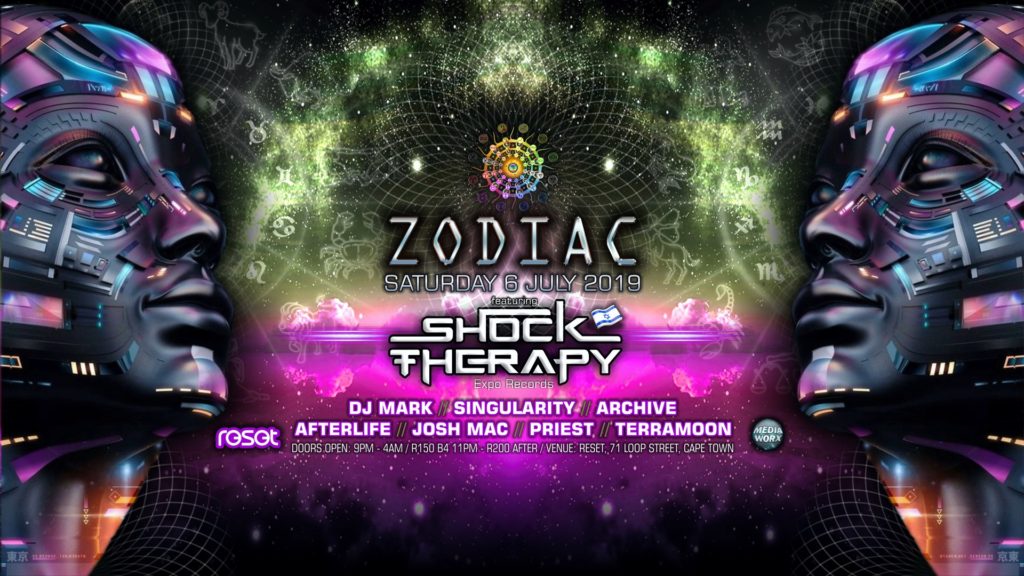 ZODIAC: Shock Therapy is the project of multitalented DJ/Producer, Yosi Vanunu, based in the center city Zichron Yaakov Israel.

He has a number of releases under his belt and a brand new one due for release on 17 June.

We are really excited to be able to bring Yosi here to Cape Town for the first time as his production packs a really good punch and we feel Cape Town is going to love him!!

Your parties are packed now, whereas six months ago they were just fullish (still rocking it must be said) – What do you think was the tipping point as you are definitely Cape Town’s premier monthly indoor psy event now.

ZODIAC: Honestly, we couldn’t tell you exactly what that tipping point was, but this year has been an incredible ascent from January, each event just getting better and better.

At the moment it just seems the machine is running hot.

We didn’t see this coming at all…

We made a decision to stay the course and keep doing what we are doing by marketing our brand, being consistent, growing it and making sure that we pushed the envelope in every aspect, not leaving any stoned unturned.

It’s a great team and they are more like family as we all share the same vision knowing exactly what needs doing.

The support that we have received thus far has been amazing and we promise all our followers that we will continue to raise the bar and deliver top shelf events!

“OUR JOURNEY HAS JUST BEGUN”

(includes 4 tickets, a reserved table in the Groove Bar, a bottle [Brandy, Gin, Vodka or Tequila] + 8 mixers or 6 Red Bulls)

Entering more than once WILL NOT improve your chances of winning!!!